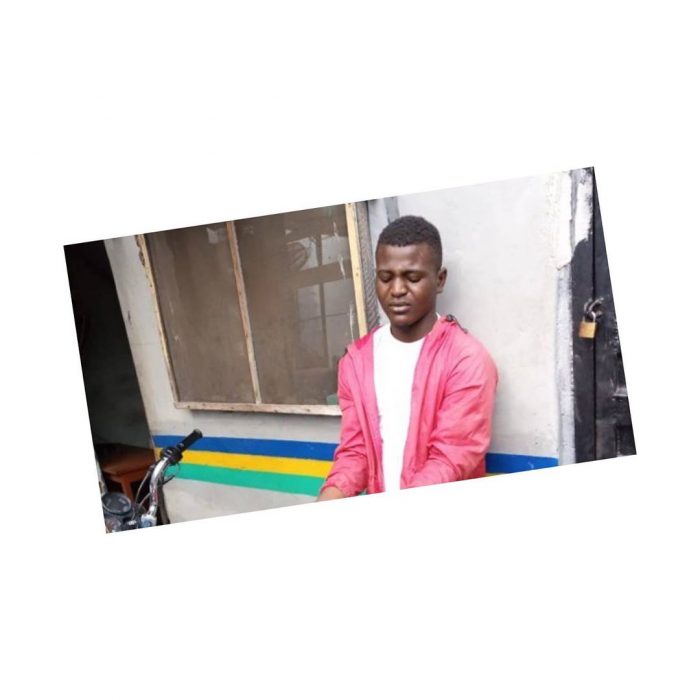 The Lagos State Police Command has arrested an armed robbery suspect, Wasiu Kamarudeen, 19, of No. 8, Olaniyi St., Iyalode, Ilogbo in Badagry and recovered one locally-made short gun with one live-cartridge from him.

The suspect identified as Wasiu Kamarudeen, 19, a resident of 8, Olaniyi Street Iyalode in Ilogbo was said to have gone to the Jakande open field venue of a three-day retreat organised by the St. Patrick Catholic Renewal Church around 6:20am with three others.

It was gathered that members had contacted the police after sighting a motorcycle carrying three suspicious passengers into the retreat ground.

Although the passengers mingled with the crowd, policemen deployed were able to apprehend Kamarudeen who allegedly had a locally made short gun with a live cartridge on him.