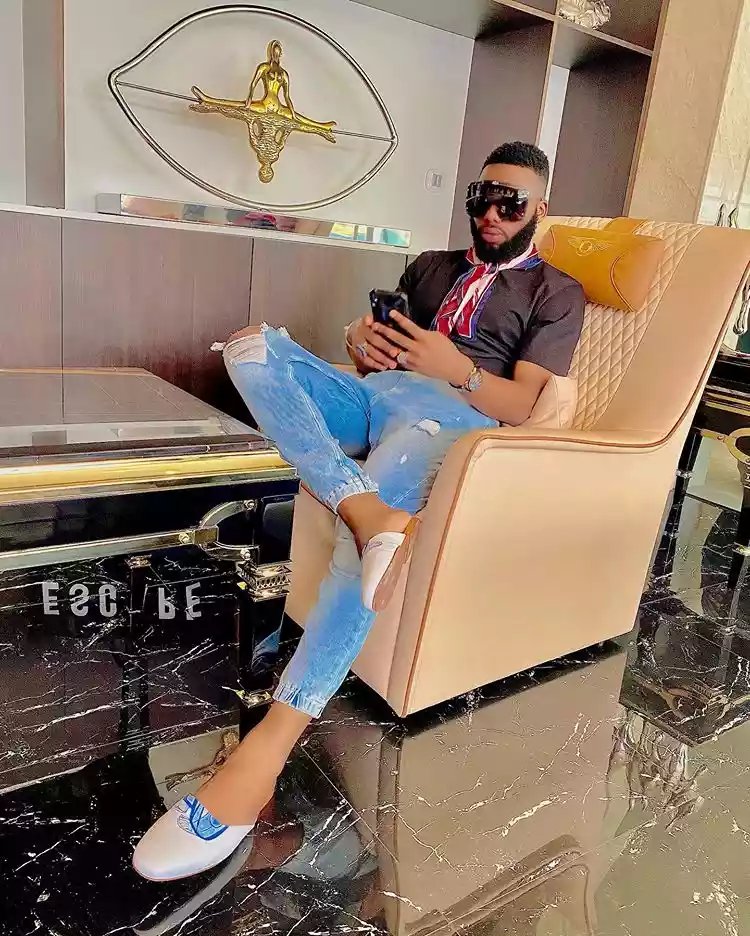 Popular Nigerian stylist Jeremiah Ogbodo, popularly known as Swankyjerry, has taken to social media to defend Toke Makinwa, Hushpuppi, and other celebrities against fans who want to know how they make money.

The stylist advised the people asking how celebrities make their money to stop following their lifestyle if they do not like it. He added that if they wanted a mentor that they can trace he/she’s income by following billionaires’ like Bill Gates, Dangote, and others.

Actress Juliet Ibrahim throws shade as she flaunts natural curves
Swankyjerry noted that rich people would never be caught asking how someone makes their money only poor people have the time to be asking such questions.

YOU MAY ALSO LIKE  Gloria Kani still spilling secrets,check out video

According to him, many of the celebrities and socialites have multiple streams of income and they do not show it off online. He said only the bitter people would ask media personality, Toke Makinwa, or Instagram big boy, Hushpuppi, how they make money. 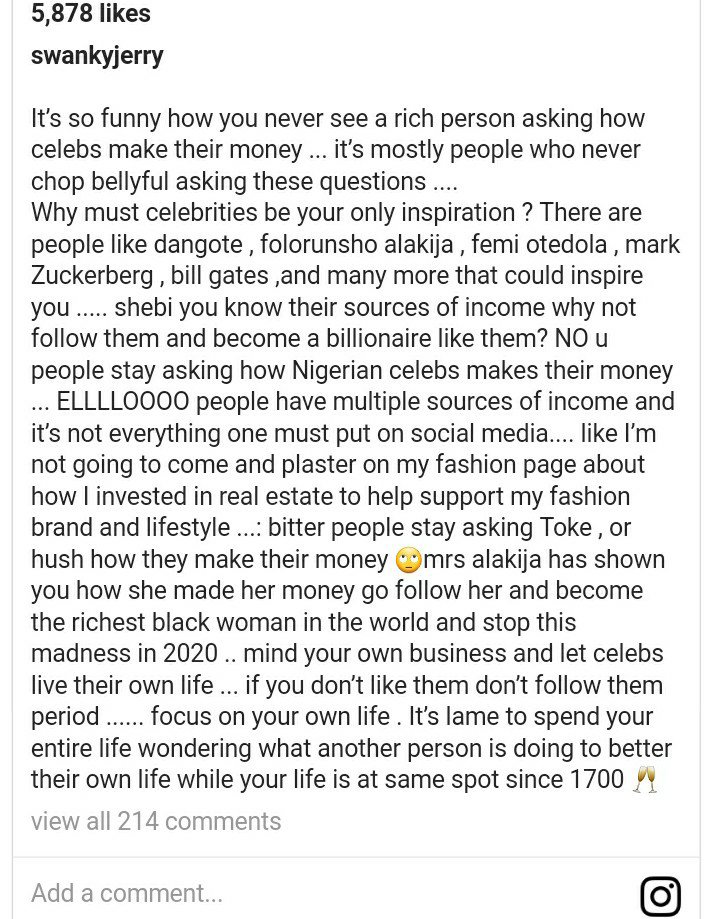 The post Swankyjerry defends Toke and Hushpuppi, says only poor people ask how they make money appeared first on .