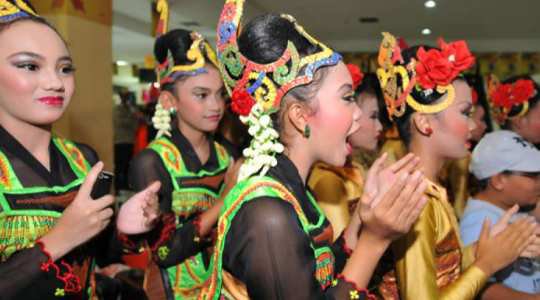 The practice of having s*x with a stranger may seem extreme, but while some cultures practice it secretly, at the Pon Festival Indonesia, everything is out in the open.

During this centuries-old ritual, couples meet to have s*xual intercourse next to a shrine, on the side of a mountain. There are festivals and there are festivals! Have you heard of the surprising sexual celebratory ceremony taking place on the island of Java? You probably haven’t. In the Indonesian tradition is a celebration called Pon. 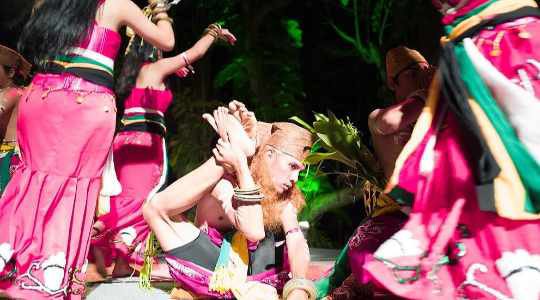 The revelers will hike up Gunung Kemukus, a hilltop shrine, found on the island of Java to take part in a holy ceremony to ensure good luck and fortune by having s*x. Yes, that’s right! Participants in the festival of Pon, have to spend the night atop the mountain and have ritualistic s*x with a stranger if they want good luck and fortune to befall them even if both parties are married to other people.

What’s more, is that tradition holds that this will only work if they have s*x with the exact same person all seven times every 35th day throughout the year during Pon. Yes… these are not one-off encounters; the couples must complete the cycle if the ritual is to be considered complete. This means that they will have s*x for the best part of a year. The ritual itself involves offering prayers and flowers at the gravesite of Pangeran Samodro one son of a Javanese king.

Participants then must wash in a sacred spring and then find a stranger to do the horizontal tango with. The Pon Festival is a paradox: “otherwise devout Muslims” men and women meet regularly on the same site for adulterous s*x pardon my use of ‘adulterous’ if it sounds offensive. The relationship has all the components of a committed, caring relationship, though it is anything but.

For centuries, pilgrims have convened at the Gunung Kemukus, on the auspicious day of Jumat Pon (from which the Festival takes its name). The shrine is believed to house the remains of a 16th-century prince called Pangeran Samudro, the son of a Javanese king; next to him are the remains of his stepmother, Nyai Ontrowulan. 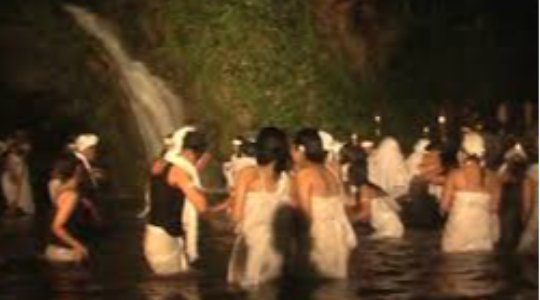 Several versions of their story abound, but it is believed that Samudro and Ontrowulan were forced to flee their home when Samudro’s father discovered their affair. The pair arrived in Solo only to be caught, mid-coitus, by villagers and killed. The opinion is divided over what happened next: one re-telling states that before he died, Samudro sanctioned adulterous intercourse on Pon Friday.

YOU MAY ALSO LIKE  247E!news: Bet you didn't notice that Lady Gaga covered up all her tattoos for Golden Globes awards

Another suggests that couples who commit a more scandalous act than Samudro and Ontrowulan’s will be rewarded with good fortune and that they must have s*x on the grave to get it.  A community s*xual health clinic opens its doors once a week, offering testing for sexually transmitted diseases as well as free condoms to the working girls that remain in situ when the visiting pilgrims are gone.

A localized hike in STDs has been blamed on the festival: many of the men who pay for s*x refuse to wear the condoms. Whatever the fate of the Pon Festival, it offers a fascinating insight into how traditional beliefs can develop into some very modern behavior.

The post S*X FESTIVAL!! See This Festival In Indonesia Where Married Women May Sleep With Strangers Publicly! appeared first on illuminaija.