A terrific crash involving a truck and a minibus taxi has killed twelve.

The truck was transporting petrol and diesel.

The tragic accident happened on Tuesday morning on the R33 near Wartburg outside Pietermaritzburg.

Emergency service’s spokesperson, Robbert McKenzie said that the scene on the R33 and R614 was still active.

Emergency service said the road is still closed as they work on cleaning up the spillage by the tanker which was carrying petrol and diesel.

ER24 spokesperson, Russel Meiring explained that the paramedics found the minibus upright in the middle of the road and the truck was found on its side on the side of the road.

Local authorities had to close the road while paramedics attended to the patients and clear the scene.

He stated that most of the passengers sustained injuries and two were found trapped in the taxi.

“On assessment, medics found that 12 people had sustained fatal injuries. Nothing could be done for them, and they were declared dead,” said Meiring. 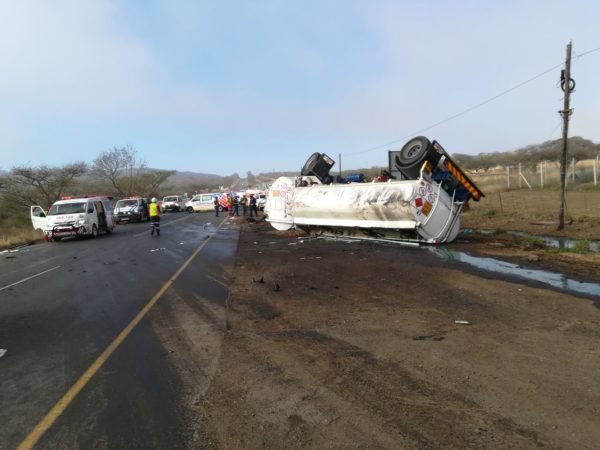 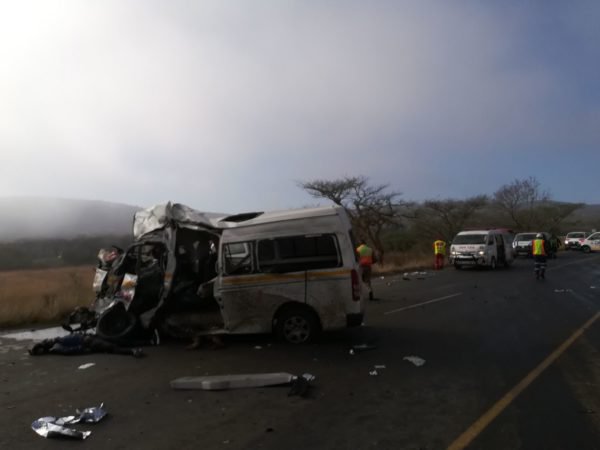 The cause of the accident remains unknown at this stage.

YOU MAY ALSO LIKE  “Funmilayo lied” Doctor who accused popular Twitter user, Doctor Olufunmilayo of rape releases ‘receipt’ as she insists he ”raped” her