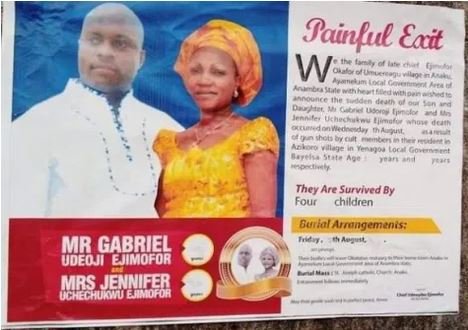 The deceased couple, from Anambra State,  were allegedly caught in a reprisal attack launched by a cult gang against men of the Bayelsa Police Command on August 5, 2020 over alleged destruction of their camp.

The cult gang were said to have also accused residents of the village of informing the Police about the location of the camp in the village.

YOU MAY ALSO LIKE  From Now On, Nigerian Prisoners Must Be Well Fed, Taken Cared Of – Aregbesola 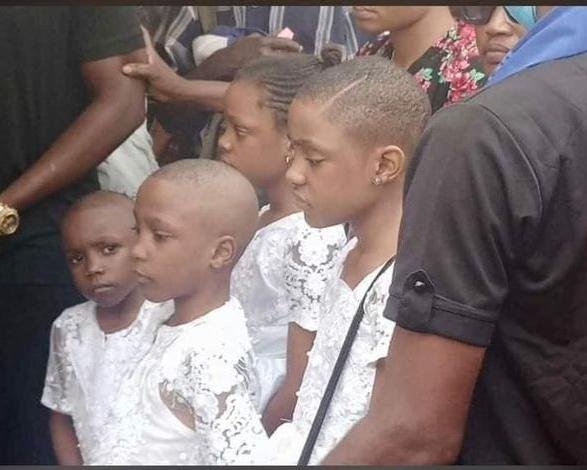 Also, the gang also accused the residents of the village of attacking and lynching of four of their colleagues.

Aside the couple, two other persons were also shot dead by the cult gangs at the area the church is located.

The husband and the wife, aged 45 and 38 years respectively, left behind four children – two girls and two boys who are all below the age of 10 .

The post Tears Flow Bitterly As Husband And Pregnant Wife Who Were Shot Dead In Bayelsa Church Are Buried appeared first on illuminaija.