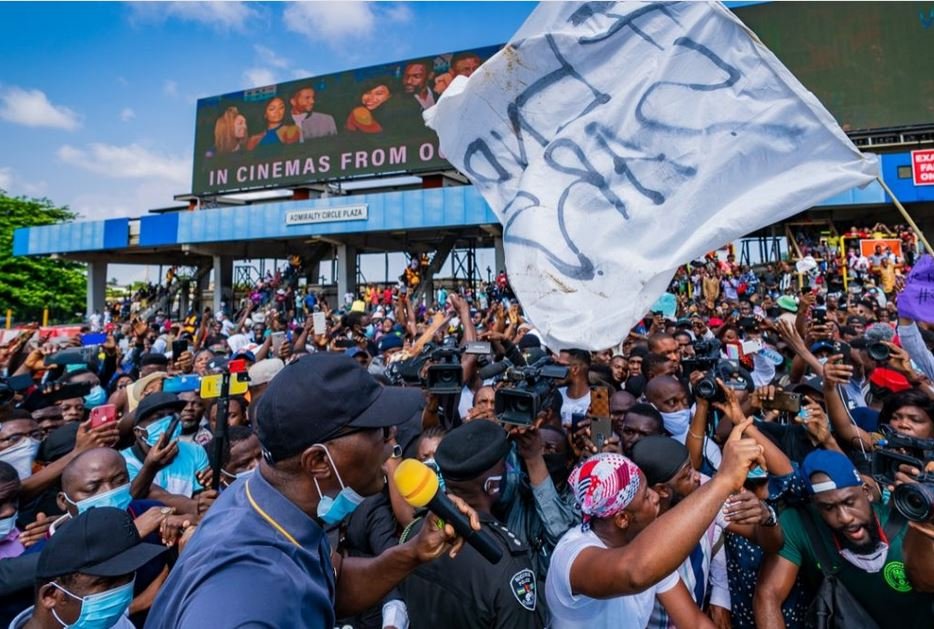 Babajide Sanwo-Olu, the governor of Lagos state has disclosed that victims of SARS killings in the state will be compensated by the government.

Sanwo-Olu gave the assurance on Monday, while addressing the #EndSARS protesters at the Lekki Toll Gate.

He said that the compensation and other agitations of the protesters would be addressed amicably, and urged them to calm down.

The governor, who read out some of the names of the people who were victims of SARS excesses, assured the youths that the government would get to the families and compensate them.

According to him, the voices of the youths have been heard, and the conversation should now be on the next step forward.

Sanwo-Olu said that he would take their demands directly to President Muhammadu Buhari in Abuja by Tuesday.

The Inspector General of Police (I-GP), Mohammed Adamu, had on Sunday announced the disbandment of the Special Anti-Robbery Squad following days of protests over reported excesses.

Despite the disbandment, #EndSARS protesters, in the early hours of Monday stormed the Lekki Toll Gate section of the Lekki-Epe Expressway, Lagos, to resume demonstrations.

The development led to several hours of gridlock in which commuters and motorists on their way to work were caught up, while others returned home.

IGP Adamu had said a new policing arrangement to replace the dissolved police unit would be announced in due course.

He said that all officers of the disbanded SARS had been redeployed with “immediate effect”.

Meanwhile, the protesters on Monday demanded that the police authorities “carry out psychological evaluation and re-training of all disbanded SARS officers before they are redeployed.”

They also demanded the “release of all arrested protesters, justice for all deceased victims of police brutality and appropriate compensation for their families.”

They also demanded “increased salaries for police officers as well as establishment of an independent body to oversee the investigation and prosecution of police misconduct within 10 days”.

YOU MAY ALSO LIKE  Victor Osimhen: Daniel Amokachi Gives His Take On Super Eagles Top Striker

Meanwhile, President Buhari said on Monday that the disbandment of the SARS was the first step to extensive police reforms by his administration.