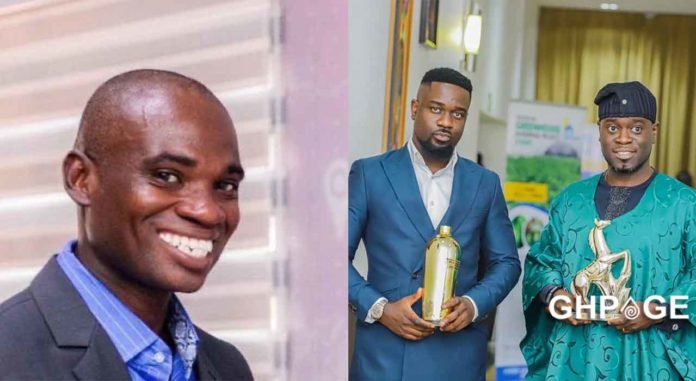 Dr. Kwame Fordjour now known as Dr. UN after his Global Leadership Service to Humanity award scheme was called a scam has responded.

In an event held on Friday, August 28th at the Alisa Hotel in Accra, the man labeled the biggest scammer in Ghana at the moment honored various celebrities and dignitaries.

Honored on the day were Sarkodie, Berla Mundi, Johnnie Hughes, Chairman Wontumi, and University of Ghana’s VC Ebenezer Owusu Oduro among others.

It turned out that the award scheme is fake and has no affiliation with neither the Kofi Annan Foundation nor the United Nations.

The awardees have been heavily dragged on social media for not fact-checking whether it was indeed credible.

However, the man behind the scheme, Dr. Kwame Owusu Fordjour has finally responded to these allegations.

In a phone-in conversation with Joy FM, he stated that his organization is into honoring people who have shown tremendous leadership qualities and deserve recognition.

In his attempt to purge the dent he has brought to the personalities who took his award without due diligence, he said: “I am surprised because this is an open thing that we just held. If anybody has a problem with me or our institution, they should have contacted us for clarification…I have always been an advocate for development, excellence, and in honoring others and attaching ourselves to global icons and leadership we bring them out…”

YOU MAY ALSO LIKE  247Aproko: Na Wa O: Man Beheads Wife after DNA Test proves non of their 6 Children are His