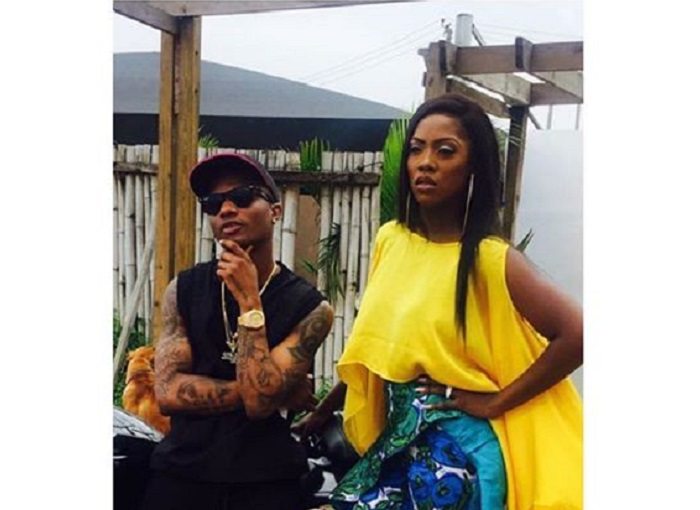 Tiwa Savage has finally confirmes her relationship with Wizkid.

It was a moment of surprise, fun and mixed feeling at Tiwa Savage’s “Everything Savage” concert at the Eko Hotel in Lagos yesterday when mummy Jam Jam carelessly talked about her relationship with Wizkid.

The 39-year-old songstress revealed during her performance that her realtionship doesn’t need to make sense with anyone. She said she knows very well people talk a lot about the age difference between herself and Wizkid. She says she observes people ask a lot of questions, wondering why Wizkid would settle for an older woman.

But she cleared that saying it even makes sense that she is older because the sweetness in older partners makes a relationship even more fun.

YOU MAY ALSO LIKE  Sanwo-olu Seeks Speedy Approval To Develop Lekki, Badagry Seaports

She said; “My relationship with Wizkid doesn’t need to make sense to anyone. I might be older, but the older the berry, the sweeter the juice.”

“My relationship with Wizkid doesn’t need to make sense to anybody ……. I might be older but, • The older the berry, the sweater the _____?

The post The Older The Berry, The Sweeter The Juice – Tiwa Savage Confirms Her Relationship With Wizkid || Watch Video appeared first on tooXclusive.