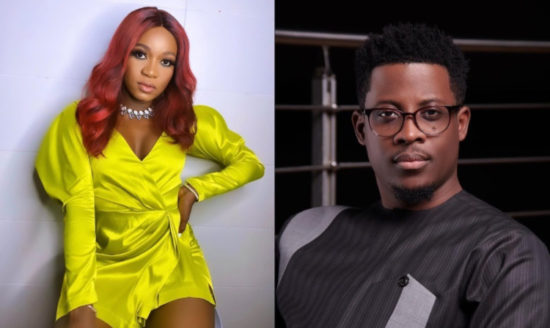 Thelma forgives Seyi for his impassioned comment about her late brother

Thelma let her grief off her chest on day five of Big Brother Naija’s PepperDem reunion show where she recalled how Seyi had still not apologized for his spiteful reaction to a minor issue they had in Big Brother’s house.

It can be recalled that Seyi made an sensitive comment about how Thelma’s success had been buried with her murdered brother.

In between Thelma’s moment of truth, Mercy interjected to defend Seyi’s behaviour by claiming he was under the influence of some alcohol.

After an unsolicited speech about taking responsibility for one’s actions and drawing at straws while trying to cite the one time he ‘technically’ apologized, Seyi stepped down from his speeding horse, fixed his imaginary lapel and asked for forgiveness.

Thelma shed a few tears while sharing how her brother was murdered a night to his wedding and how sensitive the matter is to her and her family.