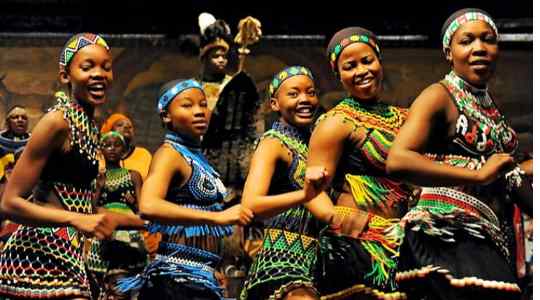 African dance also popularly known as “Afro” refers mainly to the dance of the many cultural differences in musical and movement styles.

These dances must be viewed in close connection with Sub-Saharan African music traditions and Bantu cultivation of rhythm. African dance utilizes the concept of as well as total body articulation.

African dances are largely participatory, with spectators being part of the performance. 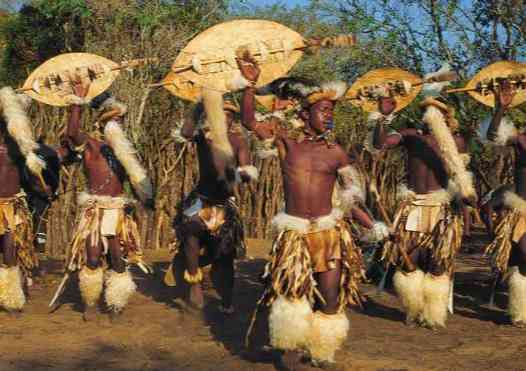 The stamping dance known as Indlamu is done by the Nguni group of tribes, each in their own fashion. It is a secular dance performed by young men in a single or double lines. Different tempos, manners of stamping the ground, ending the dance, and ways of holding their dance sticks are used by each tribe: the Itlangwini from Southern Natal; the Baca from the Eastern Cape Province; the Mpondo and Mpondomisi from further south; and perhaps best known, the Zulu. 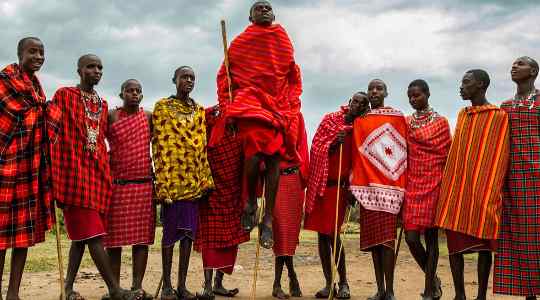 Adumu is a Maasai dance which is performed during Eunoto, the coming-of-age ceremony of warriors. This dance, also referred to as aigus, or “the jumping dance” by non-Maasai (both adumu and aigus are Maa verbs meaning “to jump” with adumu meaning “To jump up and down in a dance” has made Maasai warriors known for this competitive jumping, which is frequently photographed. 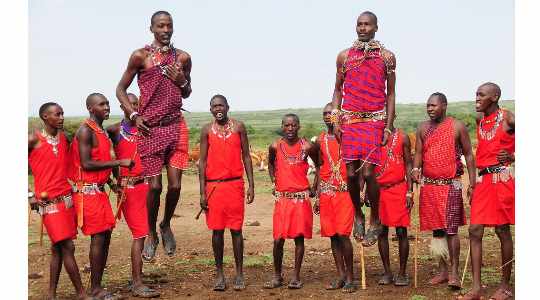 A circle is formed by the warriors, and one or two at a time will enter the center to begin jumping while maintaining a narrow posture, never letting their heels touch the ground. Members of the group may raise the pitch of their voices based on the height of the jump. 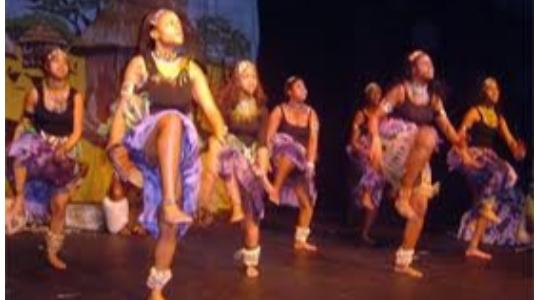 Kpanlogo comes from Ghana, more specifically the Ga ethnic group. This dance started in the capital city of Accra, but now it is enjoyed throughout the country. Kpanlogo is known as a highlife dance form performed to conga-like drums.

The music of Kpanlogo is especially important. E.T. Mensah is considered the king of dance band highlife, and played in many bands and locations.

The torso acts as the stronghold base of this dance, since the center of gravity shifts rapidly from one foot to the other. 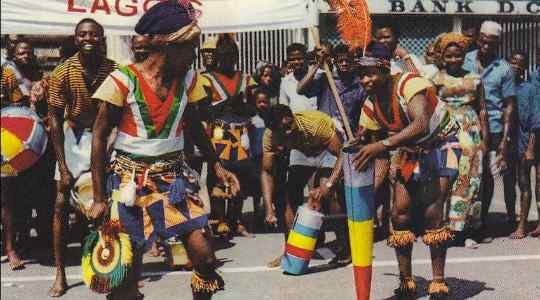 You can never see Atilogwu dancers from the Eastern Nigeria and not marvel. This type of dance is called ‘Acrobatic Dance.’ There is jumping, turning, leaping and other intricate footwork that from the dancers who are exceptionally amazing.

YOU MAY ALSO LIKE  Dj Cuppy Sends Lovely Message To Her Dad, Femi Otedola As He Turns 57 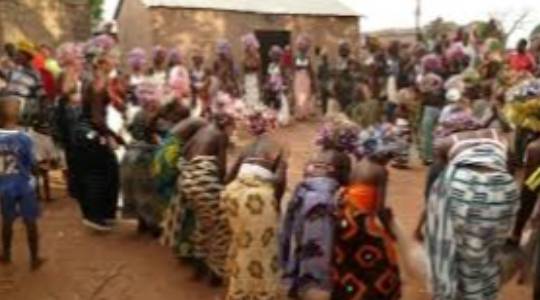 The Malinke people in Guinea have this unique dance that is carried out by women who must have suffered challenges.  The women are seen wearing clothes that are old and worn out, and they are accompanied by singers. The woman has to move around the village in circles for a long time as she dances and sings with the other villagers. 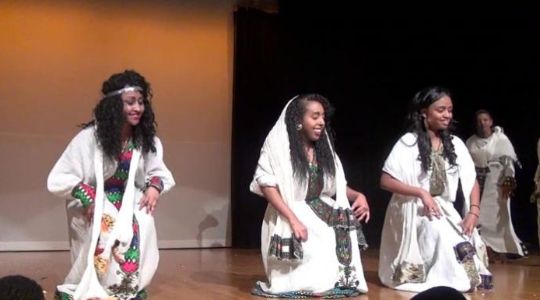 The traditional Ethiopian dance, Eskista is a popular dance for the men and women. It is a very complex dance that involves some parts of the body to move because it is very technical.

The post These African Dances Will Mesmerise You | Check Them Out appeared first on illuminaija.