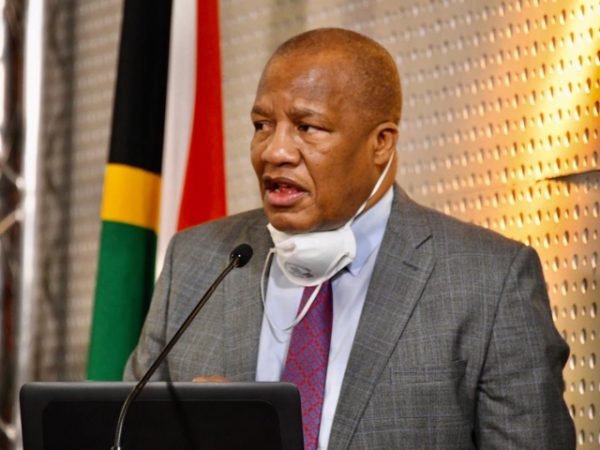 Jackson Mthembu was announced dead few days ago due to COVID-19 related complications.

Many have taken to their social media to pay tribute to the deceased including President Cyril Ramaphosa.

The president said: “It is with deep sorrow and shock that we announce that Minister in the Presidency Jackson Mthembu passed away earlier today from COVID-related complications. Our thoughts and prayers are with his family at this time of loss,” the President’s statement reads.

Let’s take a look at some of the details about the politician:

Jackson Mphikwa Mthembu born on 5th June 1958 was a South African politician who served as Minister in the Presidency of South Africa’s government, and as a parliamentarian for the African National Congress (ANC).
Previously, he served as the Whip of Parliament for the ruling ANC as well as the national spokesperson for the ANC.
The politician died on 21st January 2021 due to COVID-19 related complications.
Mthembu served as the MEC for Transport in Mpumalanga from 1997 to 1999, during which he was criticized for spending R2.3 million on ten BMWs.
Mthembu was elected to National Assembly of South Africa in 1999 where he served till his death in 2021.
The deceased was married to Thembi Mthembu. He had six children. His daughter, 25-year-old Nokhwezi Mthembu, committed suicide on 20 March 2019 at their Pelican Park parliamentary village home in Cape Town.
May his soul rest in perfect peace.

YOU MAY ALSO LIKE  Chwoy: I Pity This Man He Spend 50 Years In Prison For Rape He Didn’t Commit

Okocha: Ronaldinho Copied Some Of My Skills