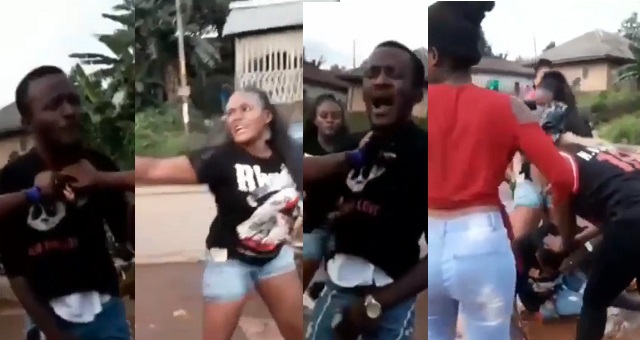 A man has been given the beating of his life after three ladies he was secretly dating found out and decided to deal with him.

In the video currently making the rounds on social media, the man alleged to be from Cameroon was brutally beaten and disgraced by the women who were angry that he has been secretly sleeping with three of them while professing love.

They confronted him and gave him the beating of his life.

Watch the video clips below:

For Bea and Boo; Queen Emilia Donatus Educates on How to Marry Your Kind of Person