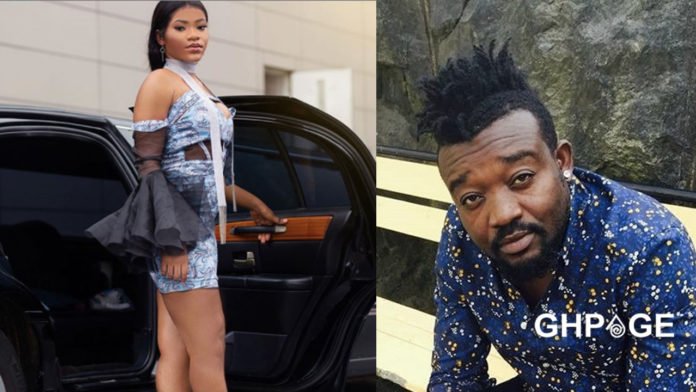 Newsest Zylofon media signee Tiisha has fired some shots at the CEO of RuffTown record Ricky Agyemang known in the showbiz circles as Bullet.

Bullet yesterday revealed in a post that he had lost an uncle identified as Yaw because of his locked up cash at the now defunct Menzgold Ghana Company Limited owned by Nana Appiah Mensah aka NAM 1.

After his post people started asking why he would link the death of his uncle to Menzgold when it his death could have been caused by something else.

Reacting to the comment from Bullet, the 6:30 singer reffered to him as a dumb person for him to just come out and say something without backing it up with images and autopsy reports.

YOU MAY ALSO LIKE  Hart: Manchester City Don’t Want Me

According to her, Bullet is a better person to know that the Menzgold case is in court and until the court gives it final verdict on the case, nothing can be done.

He tweeted: “It is actually dumb and very misleading to point to the cause of fake uncle Yaw’s death in the public domain, when you can’t show us his face in tribute and autopsy report. #BeSerious #RIPFakeuncleYawFace with tears of joyFace with tears of joy#EmotionalRecordLabelBoss”

The post Tiisha throws shAdes at Bullet over his claims appeared first on illuminaija.

The crazy things we do for love, let’s discuss???