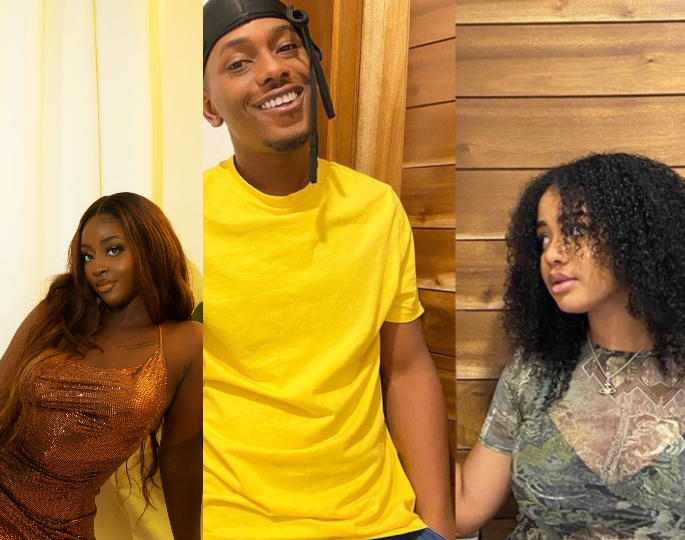 Actor Timini Egbuson’s alleged side chic has claimed that the actor’s girlfriend, Lydia, sent her private messages threatening her with legal action after she came out in public to expose her alleged affair with the actor.

Just yesterday, September 14, a woman named Toju and some of her friends took to Twitter to drag Lydia. The dragging came after Lydia posted subs the women believed were directed at them .

Toju attacked Lydia by telling her that she has slept with her boyfriend Timini multiple times and there’s nothing she can do about it because Timini is for the “streets” not for one woman. She warned Lydia that she would destroy her face if she points at her in public again.

A number of other women also came out alleging that the actor has even more side chics that they know of.

Toju has now released a screenshot of chats she claims are from Lydia. She claims Lydia threatened her with legal action.

In the chats, the sender with username Lydia told Toju that threatening someone publicly is a crime and her lawyers will be reaching out. She also threatened that Toju and her friends will sleep in Kirikiri.

Toju mocked Lydia and her lawyers and referred to them as “tattered lawyers”. She told Lydia to take her “L” and leave her alone. 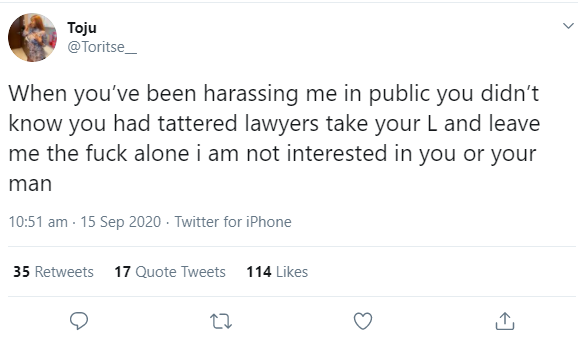 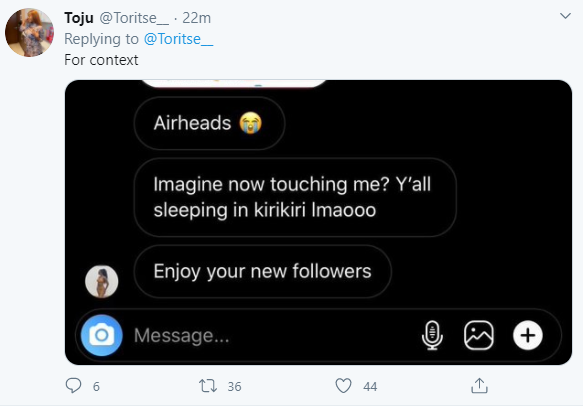 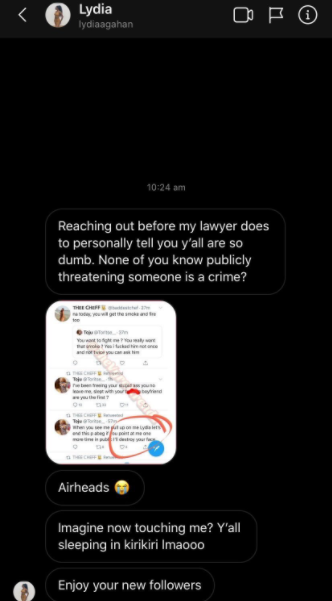 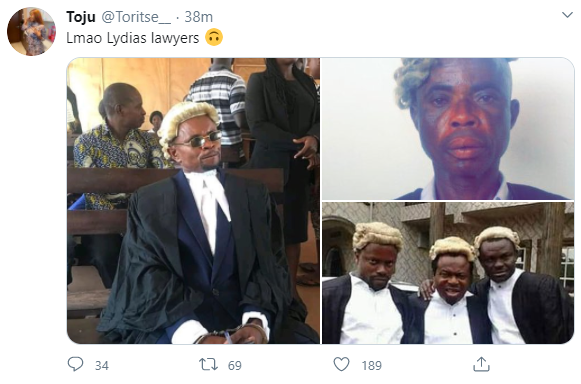 The post Timini Egbuson’s alleged side chic mocks his girlfriend Lydia as she shares screenshot of chats Lydia sent to her threatening her with legal action appeared first on illuminaija.