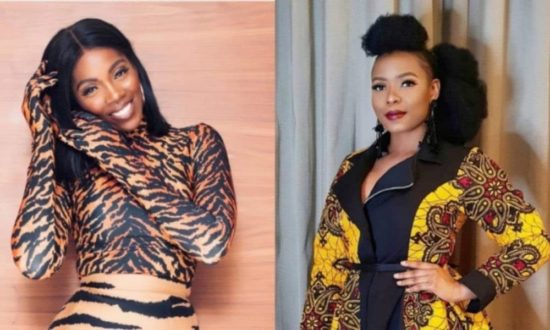 It is safe to say that Tiwa Savage and Yemi Alade have settled their differences, or maybe there was never a dispute, only a PR stunt, as they perform together.

The beef between popular Nigerian singers, Tiwa Savage and Yemi Alade seems to be over.

Tiwa on Monday night invited Alade on stage to perform one of her songs.

Both singers were seen dancing and singing on stage at Tiwa’s ‘Everything Savage’ concert.

Speaking on stage, Tiwa said: “I’m about to bring out Yemi Alade. We do this for the culture.”

In December 2018, the duo had engaged in a heated war of words on social media, after Alade claimed some female artistes enlarge their buttocks in photos to deceive fans.

Tiwa Savage brought out Yemi Alade at her #EverythingSavageLagos concert.

I love seeing women supporting other women in the Nigerian music industry. More of this.pic.twitter.com/yaAKbg3bhd

The post Tiwa brings Yemi Alade out to perform with her at Everything Savage concert (Video) appeared first on .