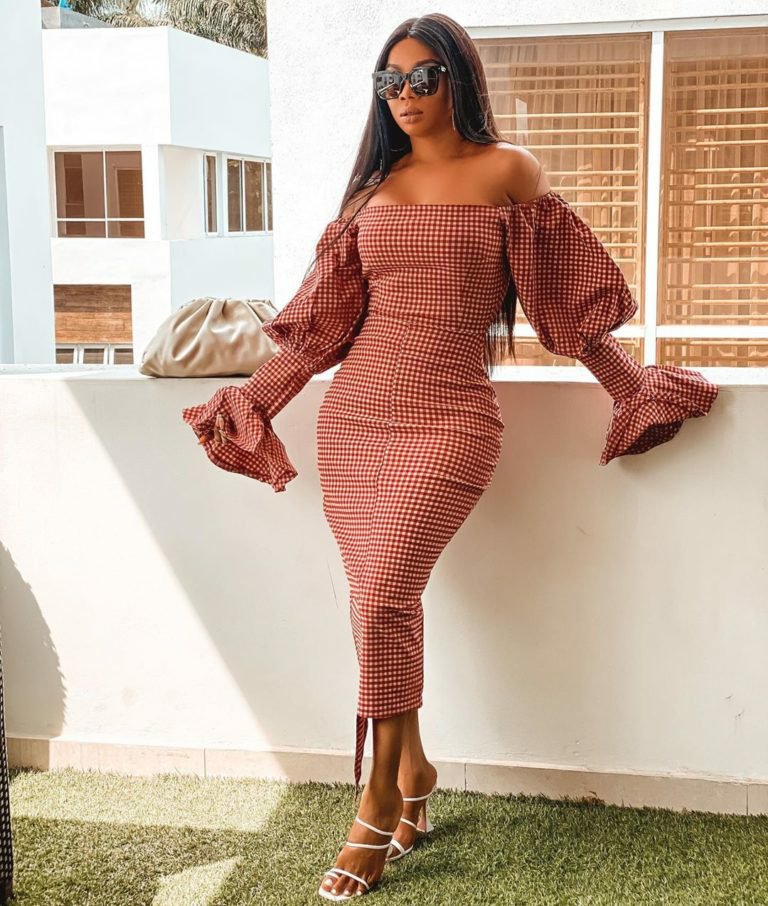 Media personality and vlogger Toke Makinwa three shades at Apostle Suleman over his no Visa prophecy advising fans to find God themselves and not let anyone lie to them.

Toke Makinwa reacting to a video of Apostle Suleman talking about some prophecies asked her fans to start getting real themselves and find God on their own.

According to her, many are too lazy to find God themselves hence rely on others who profess microwave miracles in agreement with a post by a fan of hers.

YOU MAY ALSO LIKE  See Why The Gambia Is Known As The Smiling Coast, They Say They Are Never Sad!!

Setting an example, Toke Makinwa said what some of these people do is exactly like praying in France and at the same time walking out in Germany which isn’t possible. 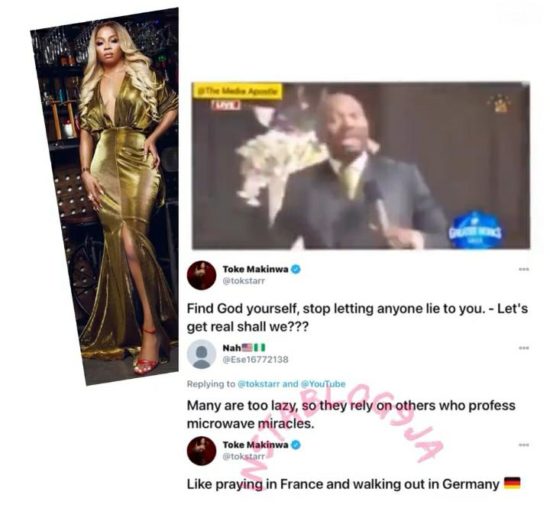