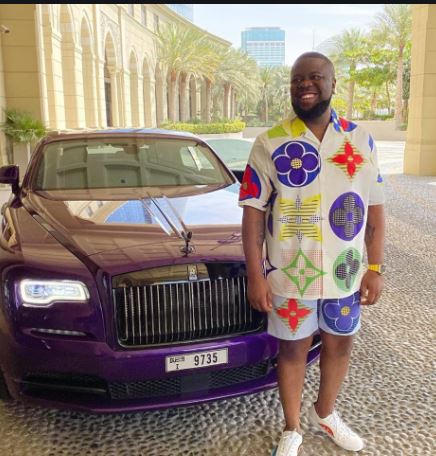 The Nigerian Government and U.S Government anti-fraud agencies have not been relaxing at all in the battle against financial, electronic and internet based fraud that has had a traumatic impact on the Country’s image across the world.

The major Nigerian anti-graft agency EFCC has recorded massive success in its fight in arresting internet fraudsters across the Country while they’ve also joined forces with similar agencies including Interpol and the FBI in their juxtaposed effort to curb the menace.

The FBI has also managed to do amazingly well as they’ve scored hard recently against a good number of financial crime syndicate with a lot of arrests.

While Nigeria boasts of millions of legitimately successful people, a handful of Nigerians are involved in online fraud and it has been on the rise in the last decade and the different Governments have been doing their best to make sure it is curbed to the minimal and this birthed the Economical Crimes Commission (EFCC) under the Olusegun Obasanjo led administration in 2003.

The Commission has recorded tremendous success in its fight against financial corruption and here’s a list of top celebrity ‘Yahoo Boys’ that have been apprehended that made the news and blogs in the last couple of years.

Dubai based Nigerian big boy, Ramoni popularly known by his nickname, Hushpuppi is definitely the latest on this list. The flashy of Hushpuppi’s lifestyle involves private jets, expensive cars, pictures in luxurious hotels and clubs and costly drinks have made him so popular. He spends a significant amount of money on financing his lavish living. When asked, he jokingly revealed he is a ‘professional beggar.

The famed big boy was reportedly arrested recently in Dubai alongside some of his famed friends by a joint task force collaboration with the Federal Bureau of Investigation and The International Police. Athough details of his reported arrest are a bit skeptical, reports claimed he was arrested for a recent fraud perpetrated by himself alongside some of his close associates.

He was reportedly involved in the cloning of U.S Government relief fraud for the purchase of ventilators in the middle of fighting the present pandemic. He was fingered to have allehedly cloned the email address of the US Government and filed for over 200 relief funds which totals around $35million which was purported to be given to Native Americans during the present virus pandemic. 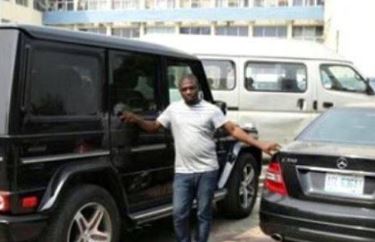 H Money is a popular fraudster whose real names Hope Olusegun Aroke is one of Nigeria’s famed internet fraudsters who was arrested sometime in 2016. He was born in Nigeria but grew to fame when he moved to Malaysia where he allegedly perpetrated his fraudulent activities from.

He was one of the flashiest ‘ballers’ in Malaysia back in the day having a garage that had a number of exotic and choice cars and oftentimes hailed by musicians including Reminisce who gave him a shout out in in a song titled ‘2Musshh’.

The 25-year old (at the time of his arrest) was an undergraduate of Kuala Lumpur Metropolitan University, Malaysia when he was arrested and charged for fraud by the Economic and Financial Crimes Commission (EFCC).

He was arrested at the popular 1004 Estate, a choice Estate in Lagos Island. He was taken to court and sentenced to 24 years in Prison by Justice Okunnu. At the time of this sentence in 2016, Hope had two other matters yet undecided before Justice B. Idris of the Federal High Court Lagos. 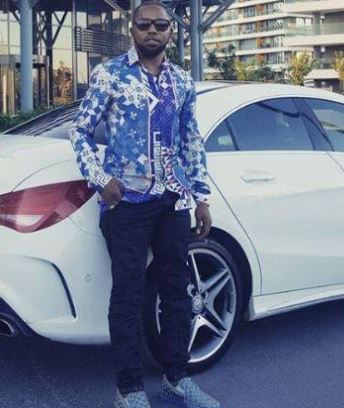 Otunba Cash real name Emmanuel Aneke is one of the top Nigerian big boys who became famous for his lavish and expensive lifestyle. He was arrested in October 2018 for Internet based fraud in Turkey where he was based and lived flamboyantly.

He is the CEO of Istanbul Entertainment, an event and lifestyle management company based in Turkey. He was arrested by the the Police in Turkey over $1.4million online scam in Denmark.

Otunba Cash alongside his crew members were arrested for hacking several International Companies’ emails, learning about their business partners and then using duplicate websites to defraud them. 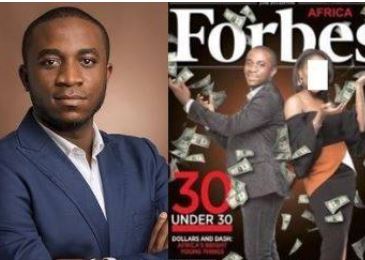 Famed as one of Nigeria’s brightest entrepreneur and inevestor, Invictus Obi’s arrest came as a shocker and surprise as well. He has been rated as one of the most surprising on this list as the young businessman who travelled the world to the surprise of everyone also doubled as an internet fraudster.

The Invictus Group CEO who was named by Forbes Magazine as one of the top under 30 serial entrepreneurs in the Country was arrested in the United States.

He was arrested by the FBI on allegations that himself and his crew members successfully completed an internet scam to the tune of $11million which was traced to him via one of his e-mails. An additional 80 people linked to him were also arrested a few days after his arrest.

YOU MAY ALSO LIKE  21-Year-Old Man Allegedly Rapes, Kills Married Woman In Ibadan

He has been remanded in the U.S where his hearing is scheduled to take place right after the investigations are completed. A Lagos State High Court also ordered the forfeiture of N280,555,010.65 “kept” in the bank accounts of Invictus Oil and Gas Limited and Invictus Investment Limited, which belonged to him. 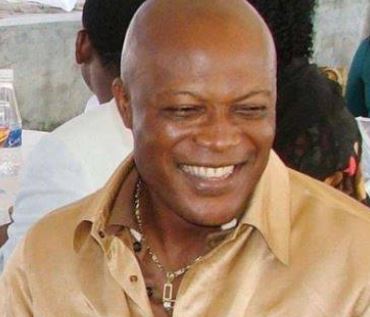 Emmanuel Nwude who happens to be a seasoned banker was also caught for involving in heavy fraud. Emmanuel Nwude making this list is somewhat shocking as he was a former Director of Union Bank of Nigeria who sold an airport that did not exist to a foreigner.

The fraudster was famed for defrauding Nelson Sakaguchi, who is a Director at Brazil’s Banco Noroeste based in São Paulo of $242 million: $191 million in raw cash and the remaining in the form of outstanding interest between 1995 and 1998.

Nwude was also charged for murder and also the impersonation of the former Central Bank Governor. 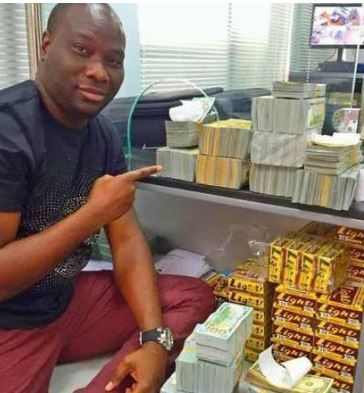 Often hailed as the King of lavish lifestyle and showoff, Ismaila Mustafa popularly known as Mompha is the freshest off this list and it is no more news that the famed self-acclaimed Bureau-De-Change businessman was arrested in Abuja recently.

Mompha who is based in Dubai was reported to have been involved in Internet Scams and Money Laundering to the tune of billions of Naira.

He has built a very luxurious lifestyle for himself and has been showing it off via his Instagram and Snapchat social media accounts which a number of people believed led to his arrest.

“Investigations also showed that Mompha uses a firm known as Ismalob Global Investments Ltd to perpetrate about N14bn in money laundering, while Hamza, a partner of Mompgha was also believed to operate two firms namely THK Services Ltd and CHK properties Ltd to launder about N19bn.”

The case is still under investigation and would soon be charged to court.