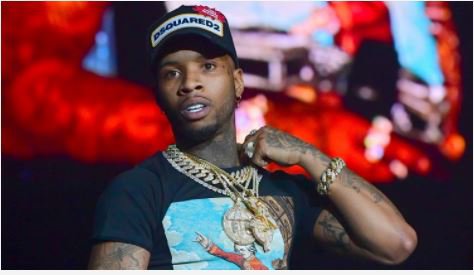 Canadian rapper, Tory Lanez has been charged with assaulting rapper Megan Thee Stallion during a party in California.

According to the publication, if he is convicted, he could go to jail for the maximum term of 22 years and eight months.

Tory is charged with two felonies, one for assault with a semi-automatic firearm, and one for carrying a loaded and unregistered firearm in the vehicle.

The attorney’s office office said, “The rap artist known as Tory Lanez has been charged with assaulting a female friend in Hollywood Hills earlier this year.”

YOU MAY ALSO LIKE  Sad News For Nigerian Football

Recall, in July 12, Tory was reported to have gotten into an argument with a 25-year-old woman as he rides in an SUV in Hollywood Hills.

The argument led to Tory shooting at the woman’s feet severally when she exited the car, and wounding her.