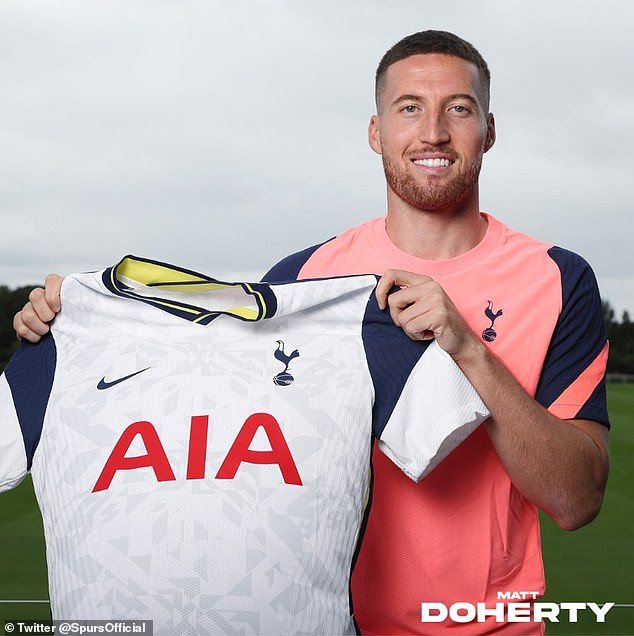 Tottenham Hotspur have completed the signing of Irish right-back Matt Doherty from Wolves in a £15million deal.

The Premier League clubs confirmed on Sunday August 30, that the 28-year-old has signed a contract at the Tottenham Hotspur Stadium until 2024 and will wear the No 2 shirt.

On the move, Doherty said: ‘I am very proud to be joining such a big club. It has the best stadium and possibly the best training ground in the world from what I have seen.

‘When you start something new you want to start well and get off to a fast start. I can’t wait to get going.

‘I wanted to travel down to play in the game [against Birmingham] and that’s how excited I feel coming here.’

"You can probably see it in my face, I'm so excited to get going. One of the best days in my career so far."

Matt Doherty is Spurs’ third signing of the summer after Pierre-Emile Hojbjerg joined from Southampton and Joe Hart on a free transfer after leaving Burnley.