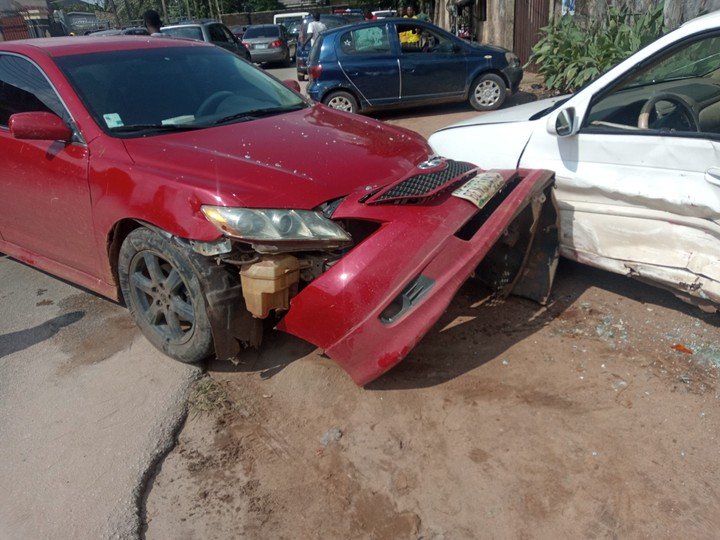 A toyoto camry car has crashed into a Nissan car near GRA Axis in Benin City after some police officers reportedly chased after some suspected internet fraudsters.

According to report, the incident happened around 2pm on Thursday.

An eyewitness took to Nairaland to share the story and wrote:

“It seems some police officers are not concerned about the forthcoming election in Edo state, as they still go about harassing innocent citizens, this happened around 3pm on Thursday in GRA Axis in Benin city.

According to eye witness account, some group of police officers in a green color Audi 80 saloon car, wanted to intercept the red Toyota Camry with some guys as the occupants, in a bid to avoid their unnecessary extortion, the driver of the Toyota Camry tried to play a fast one on them, he tried the fast and furious approach, but end up crashing into a stationary Nissan Sentra packed on the other side of the road, according to some persons around, them say nah fuel finish for the White Nissan car, nah the owner say make him run go quick buy fuel come top am, nah true say wahala nor dey finish for this Life, just imagine when he come back, because he was not around when it happened.

YOU MAY ALSO LIKE  QPR Star Waiting On Eagles Offer

They said some of the road side hawkers also escaped death by the whiskers, just because of police harassment of citizens.

It’s high time the appropriate authorities call those particular Police officers who normally user green Audi 80 car around airport road and GRA Axis to order, their own don dey too much.”

YOU MAY ALSO LIKE  OMG!! Robbers Behead Police Sergeant In Ilorin 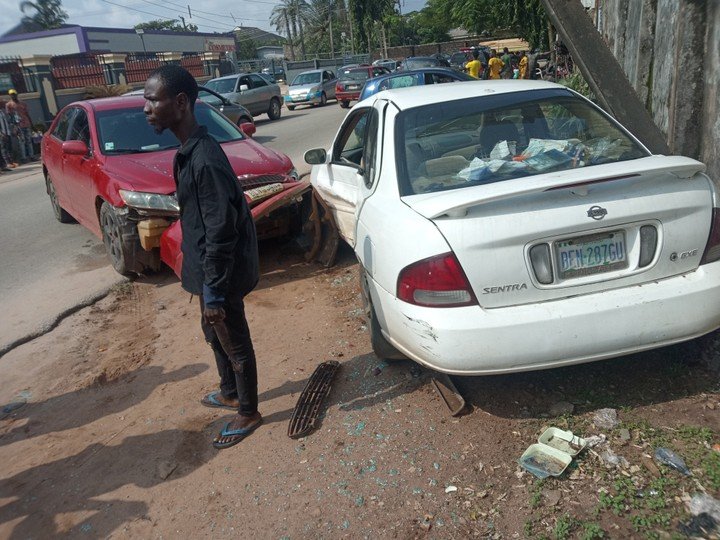 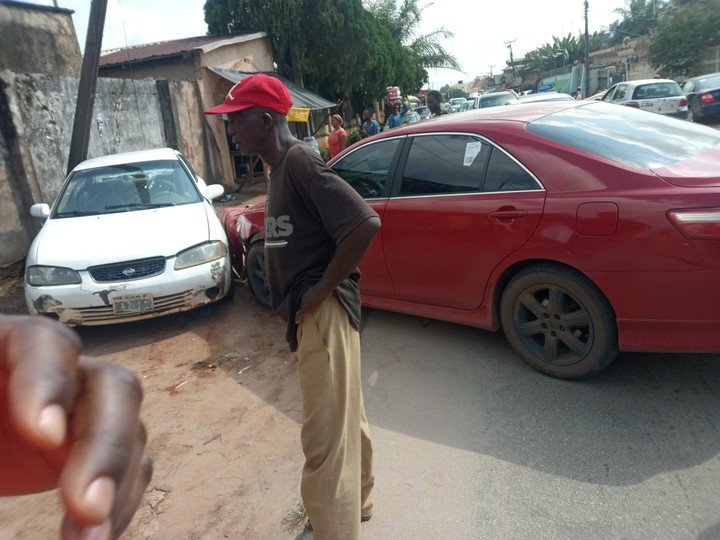 Tweeps thank Prince Kaybee for helping them one way or the other: “God bless you”