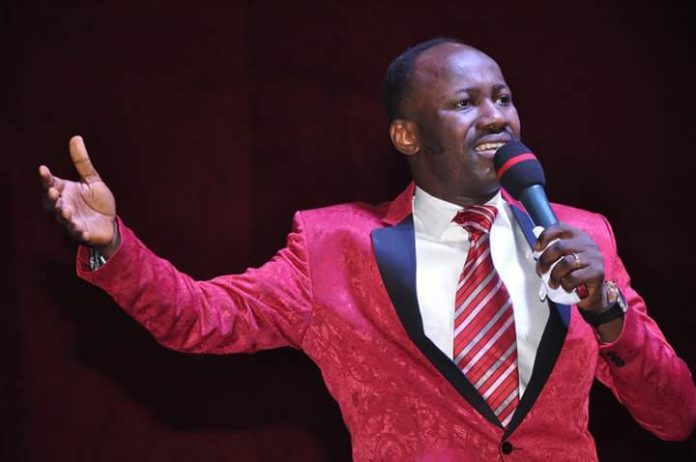 The popular pastor pointed out that social media seems to have placed “everyone on equal ranking” therefore people forget that they are not “on same pedestal” with some of those who “humble” themselves to relate with them on the platform.

“Social media has placed everyone on equal ranking..The fact someone is humble enough to relate directly with followers doesn’t place you on same pedestal…little wonder people give their handles to 3rd parties to manage.”

YOU MAY ALSO LIKE  Guys, Have You Ever Had Séx With A Non-Olosho Girl That You’re Not Dating? (WATCH VIDEO)

His tweet seemed to hit a nerve and Twitter users attacked him. They accused him of being arrogant and proud and they reminded him that “all men are created equal”.

See some tweets below:- 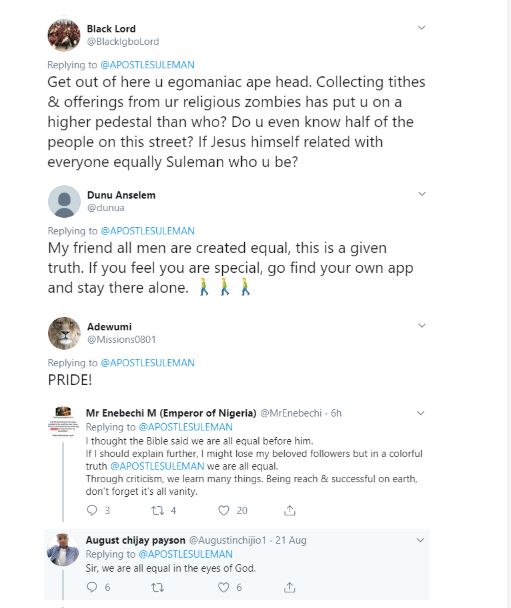 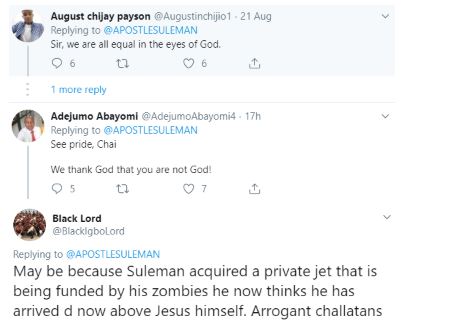