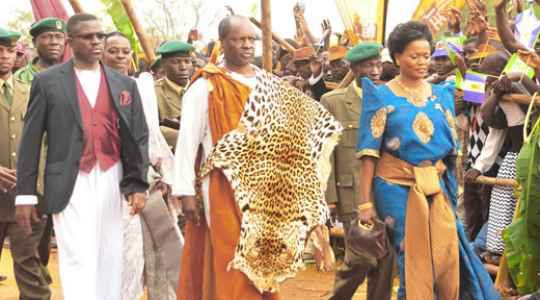 Death is a sad and dark time among the Baganda. The loss of a loved one is usually a very painful time. The Baganda don’t keep a dead body for long so that when someone dies in Buganda, the body is kept for one day and buried on the second day. 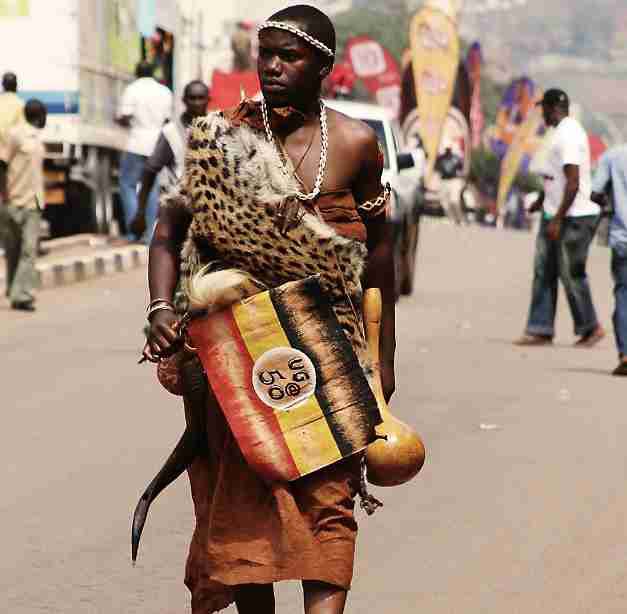 Buganda covers the whole of Central Uganda and the Baganda are found in over eight districts in Uganda. The Kabaka of Buganda, who is the king, never attends any burial.

Twins in Buganda are not allowed to bury another twin, blood-related or not. When a twin dies in Buganda, they will say the twin jumped to another life; they believe that when one says a twin has died, death will take another twin.

When someone dies in Buganda the sad news is supposed to be reported to the Kabaka of Buganda and they tell the king that they were guilty as charged for losing someone.

When someone dies, rituals in Buganda are performed depending on the deceased’s status. If the deceased is a father, all his children are gathered together. The Baganda believe that when a man dies that is the best time to gather together all his children.

Once the children are gathered, the deceased’s sister gets banana fibres, splits them into thread-like sizes, then makes sure that every child has a piece of it tied around their waist.

YOU MAY ALSO LIKE  See This Tribe In India That Do Not Believe In Speaking The Names Of A Dead Person, Or Naming Someone Else A Dead Person’s Name!!

The widow will also be asked to tie a banana fibre around their waist until the deceased is buried. Children and the wife and other family members are not allowed to wear shoes or any footwear; they are not allowed to bathe for four days nor sleep in their beds until the burial is done. 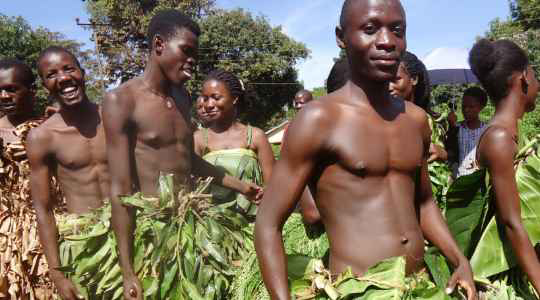 If a man loses his wife, he will be required to tie a piece of banana fibre around his waist or a piece of cloth, dress up in a Kanzu (tunic) and walk barefooted until his wife is buried.

After that ritual, the deceased is wrapped in bark clothes depending on their statuses before they are buried. After the burial, all the orphan’s hair is to be cut off as a sign of mourning.

If a married woman loses her father, her husband is expected to accompany her to her parents’ home with pieces of bark cloth which will be used to bury his father-in-law.

After the burial, he is expected to buy her a new gomesi (traditional dress) before he can take her back home. The longer he takes to buy the gomesi the longer the woman takes mourning her father.

The post UNBELIEVABLE! In This Ugandan Tribe, Relatives Of The Deceased Have To Massage And Cleanse The Dead Body appeared first on illuminaija.