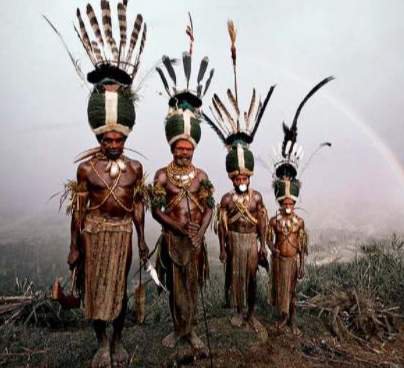 Diverse isolated tribes live in the most unique of environments and cultures. Each community displays their own means of survival while retaining their distinct spirituality. However, some of these isolated tribes are on the brink of extinction as a result of several factors.

The Goroka tribe of Papua New Guinea is known for its age-old traditions. The Goroka men wear beautiful headdresses covered in parrot feathers and feathers of birds of paradise. Adornments made of seashells are considered the most valuable ones. They are a sign of prosperity and wealth. Very often a shell necklace is presented to a local girl by her future husband before the wedding. The tradition of wearing jewellery made of shells dates back hundreds of years ago when tiny pieces of pearl replaced the money.

The Goroka people existed in isolation from the outside world through no fault of their own. The persistence of tribal wars and harsh natural conditions is the cause of their separation. Their way of life differs little from the way of life of ordinary people. There are strong families in the tribe, all of whose members have their own responsibilities. 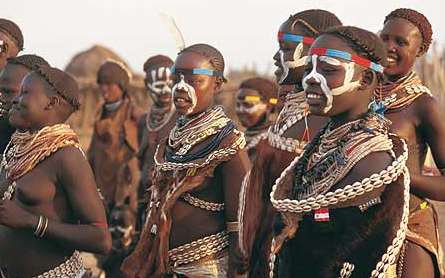 2. Karo in the Omo Valley of Africa’s Great Rift Valley

The Omo Valley, situated in Africa’s Great Rift Valley, is home to an estimated 200,000 indigenous peoples who have lived there for millennia. Amongst them are 1,000 to 3,000 Karo who dwell on the eastern banks of the Omo river and practise flood-retreat cultivation, growing sorghum, maize and beans.

The Karo were known for their magnificent houses (when still rich in cattle), but after they lost their wealth, they adopted the much lighter conical huts. Every Karo family owns two houses: the Ono, the principal living room of the family, and the Gappa, the centre of several household activities. 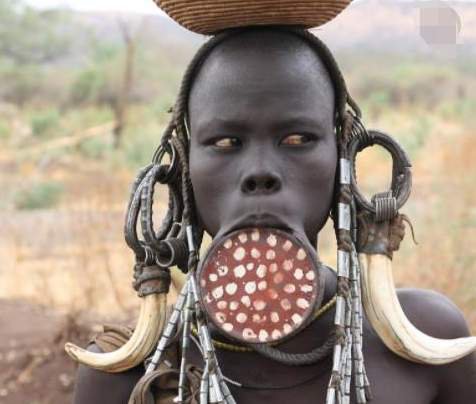 3. Maasai in Kenya and Tanzania

The Maasai are an indigenous ethnic group in Africa of semi-nomadic people settled in Kenya and northern Tanzania. Due to their distinct traditions, customs and dress and their residence near the many national game parks of East Africa, the Maasai are among the foremost African ethnic groups and are known internationally because of their links to the national parks and reserves.

The Mursi live in the lower southern part of Ethiopia in what is currently the Mago National Park, and more commonly known as the Omo Valley. The Mursi are best known for two distinct aspects to their culture – huge lip plates worn by the women, and the fierce stick fighting duals between the men.

YOU MAY ALSO LIKE  [Audio + Video] Major iSmooth – “Ada Owerri”

A girl’s lip is cut by her mother when she reaches the age of around 15 years to signify her move into adulthood. A succession of progressively bigger clay or wooden plugs is used to stretch the lip over the next years. The size of the wooden disc is a source of great social status.

It is believed that this practice originated during the early slave trade to discourage slave traders from taking Mursi women away as slaves as it was regarded as a disfigurement on the slave markets and therefore they often didn’t sell.

The post Unusual Cultures From Around The World, The Last Will Shock You Most appeared first on illuminaija.