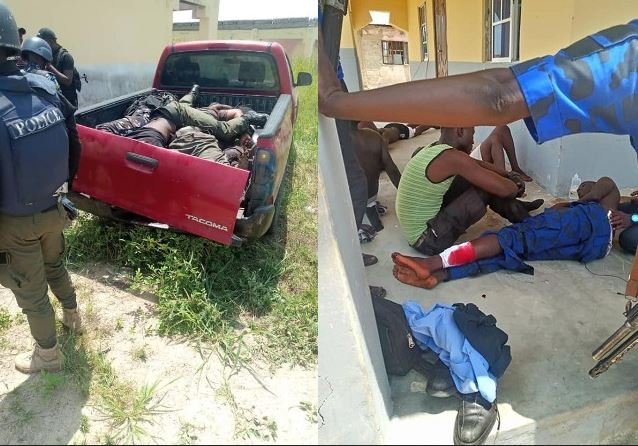 Following the attack on the convoy of Borno state Governor Babagana Zulum, five soldiers who were kidnapped during the attack have been reportedly discovered slaughtered.

Reports have it that no less than 30 persons including 10 policemen and 4 soldiers were reportedly killed in the attack that happened along Cross Kauwa-Baga road in Borno State.

According to security sources, the 5 deceased soldiers were abducted by the insurgents in an Armored Personnel Carrier, APC, and they were later slaughtered and dumped in the bush, The Vanguard reports.

The source disclosed that the death toll from the attack has continued to rise as more bodies including the slaughtered soldiers were recovered in a search and rescue operation, which was still ongoing at press time.

YOU MAY ALSO LIKE  CAMA: They Have Not Born The Person That Will Take Over My Church, Primate Ayodele Blows Hot

Meanwhile, a Commander of the Civilian JTF, Muazu Alhaji Misiya on Sunday, September 27, posted photos of the security operatives killed and wounded in the attack. 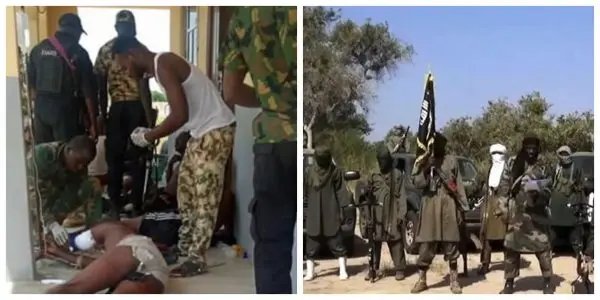 However, Nigerian Army in a statement by the Coordinator Defence Media Operations, Major General John Enenche, maintained only 18 security operatives, including 10 policemen, four soldiers and four civilians were killed in the ambush at Barwati village along Baga/Monguno road.