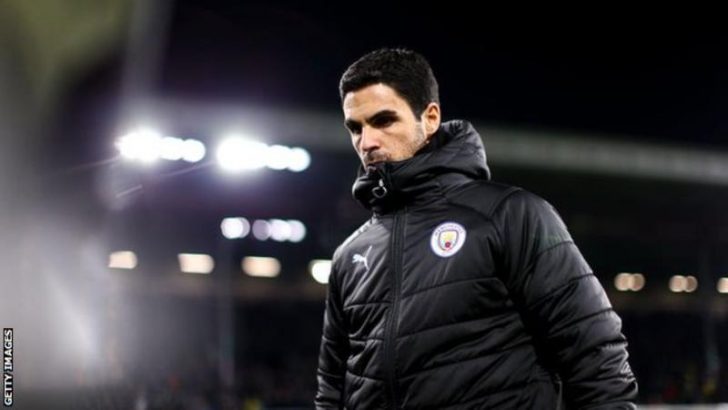 Manchester City are yet to agree compensation with Arsenal that would allow the Gunners to name Mikel Arteta as their new manager.

Arsenal are finalising the paperwork for City’s assistant manager, 37, to replace Unai Emery.

Arteta was at Oxford on Wednesday night for City’s Carabao Cup quarter-final but it is expected Arsenal will be able to appoint him later this week.

However, City are growing increasingly agitated by Arsenal’s conduct.

It is understood there has still not been formal contact between the clubs, with a seven-figure release clause yet to be agreed.

YOU MAY ALSO LIKE  Heartbreaking! NYSC Member Dies After Complaining Of Stomach Ache

“It’s surprising to hear that plans are being made by Arsenal to unveil our coach as their head coach on Friday on the basis that no contact has been made by the club to discuss this matter.”