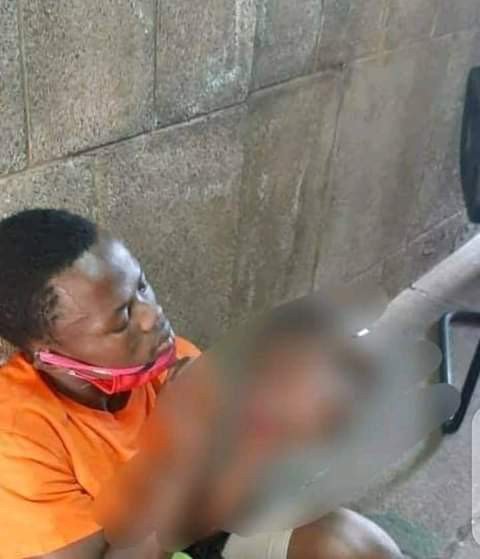 Police on Tuesday, September 15, confirmed that the severed head found with a young man who was intercepted at Uganda Parliament building, is a missing 3-year-old girl, Faith Kyamagero. 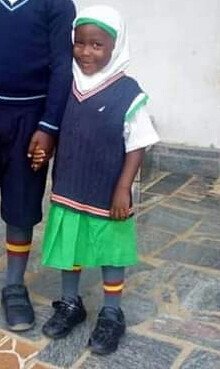 The suspect who was a casual worker of victim’s father, has been identified as Joseph Nuwashaba, 22. He was arrested at Parliament entrance with a severed head wrapped in a box. The suspect had put the head in a box and on reaching the entrance of Parliament, he told security personnel that he was delivering a gift to the Speaker of Parliament, . Speaker Rebecca Kadaga.

When they opened it, they found a severed head of a juvenile. The suspect had attempted to enter Parliament while disguising as a woman wearing a dress, but his real gender was identified after the severed head was found.

Nuwashaba, who hails from Kizinda, Ishaka Municipality, Bushenyi District, was Tuesday evening interrogated at the headquarters of the Criminal Investigations Directorate (CID) in Kibuli, Kampala, while the severed head was taken to Kampala Capital City mortuary for examination.

Police confirmed that the DNA test on the head at Parliament and the torso abandoned in Masaka City matched with that of Faith Kyamagero, the daughter of Mr Charles Ssenyonga, a resident of Kyabakuza in Kimanya Kyabukuza Division in Masaka City.

Nuwashaba was hired as a casual labourer by Mr Ssenyonga three months ago. It is alleged that Nuwashaba, left with Kyamagero on Sunday at around 6pm, but they did not return home. The body of the little girl was found on Monday morning, September 14,  by neighbours without the head.

YOU MAY ALSO LIKE  Nigerians Abroad: Boniface, Onyekachi, James In Goals Spree

The Uganda Criminal Investigations Directorate are studying recent beheadings of children in Greater Bushenyi region to establish if they are connected to the man. The spokesperson of CID, Mr Charles Twiine, said there is a possibility that the suspect could have been involved in other killings in the region.

“We are looking at similar killings in the western region where parts of the bodies were recovered, but suspects were never found. We want to find out if any of them has links to this suspect,” Assistant Superintendent of Police Twiine said.

Meanwhile, Speaker Kadaga on Tuesday, declined to comment on the incident and instead asked Members of Parliament to wait for the outcome of police investigations.

“Yesterday (Monday) an incident occurred at Parliament which is being investigated by the police. Someone arrived here at the gates of Parliament with some strange package,” Speaker Kadaga said in Parliament.

“So we expect the Uganda Police Force to expeditiously handle that issue and notify us about the circumstances,” she added.

It is alleged that the suspect claimed that he had participated in other killings in western Uganda. The detectives interviewed his relatives at CID headquarters to understand his mental health and social history and whether they have information about his acts.

The detectives could not divulge details of their interaction with the suspects’ relatives because it could jeopardise the investigations.

Mr Twiine said they are still pursuing key questions of whether the suspect carried out the killing alone or with the aid of others, how he travelled from Masaka to Parliament and the motive of the act.

He said the suspect is to be subjected to mental examinations to establish whether he is of sound mind or not before they move to the next criminal procedure. 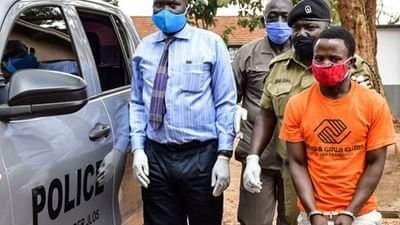 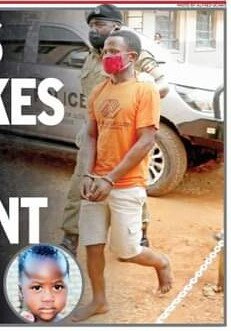 The post Update: Severed head ‘gift’ intercepted at Uganda Parliament, identified as that of 3-year-old girl kidnapped by her father’s employee appeared first on illuminaija.