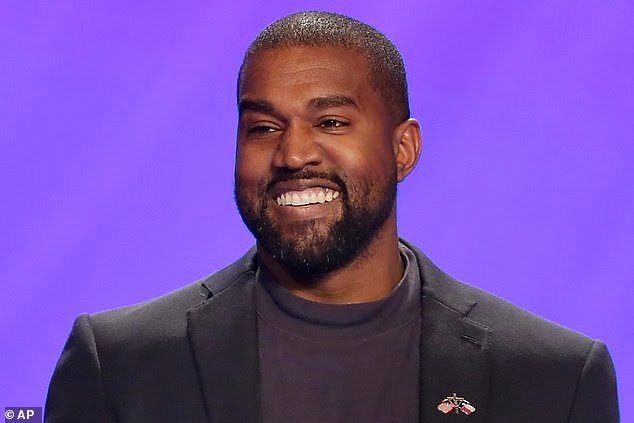 Rapper and Fashion designer, Kanye West has taken to Twitter to show off off a ballot where his name was listed as a vice presidential candidate.

Father of four, West, shared a photo of a ballot on which he’s listed for the American Independent Party as a vice presidential candidate alongside his running mate,  Roque ‘Rocky’ De La Fuente Guerra.

West was named a vice presidential candidate in the Golden State by the party, as American Independent Party Vice Chairman Markham Robinson said the rapper was nominated to the post in August as a strategic move to boost votes.

According to TMZ, the move was made without consulting West and De La Fuente Guerra.

The Grammy-winner posted the ballot paper on his Twitter and wrote, ‘Friends writing me in,’ on the ballot, in which he was written in as a presidential candidate. 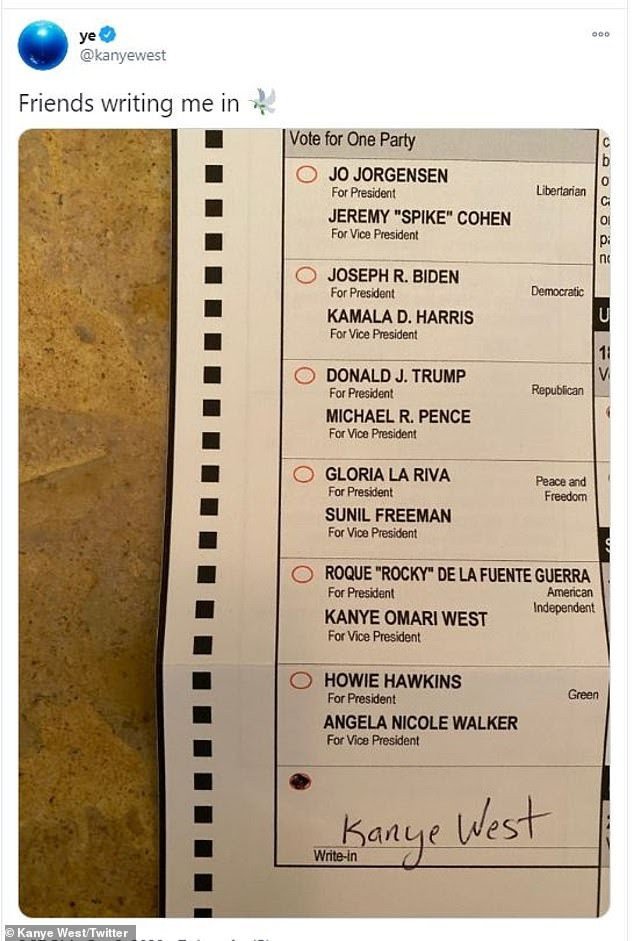 Back in July, West revealed he was running for the Oval Office.

‘We must now realize the promise of America by trusting God, unifying our vision and building our future,’ the Runaway singer said in a tweet. ‘I am running for president of the United States Flag of United States! #2020VISION.’

The post US 2020: Kanye West shows off ballot paper listing him as a vice-presidential candidate for another party appeared first on illuminaija.