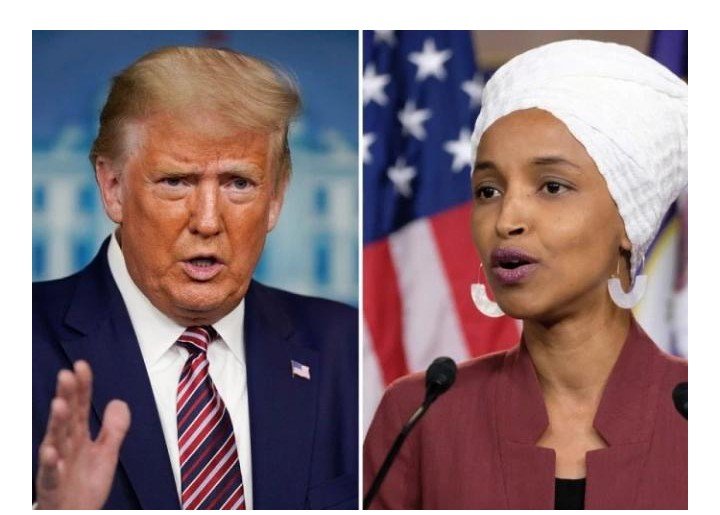 US President Donald Trump, has called on the US attorney in Minnesota state to investigate Muslim Democratic lawmaker Rep. Ilhan Omar amid claims of ‘ballot harvesting’ in the state.

Many US states have “ballot collection” systems in place that allow a nominated third party to collect and deliver a ballot on behalf of someone unable to deliver it themselves as
Minnesota law allows a person to be a “designated agent” for up to three absentee voters.

Trump made the calls for Omar’s investigation after a report from conservative outlet Project Veritas on Sunday claimed that one Minneapolis resident, Liban Mohamed, had gathered around 300 ballots while campaigning for his brother, City Councilman Jamal Osman.

“You can see my car is full. All these here are absentee ballots.”

YOU MAY ALSO LIKE  Reports: Mikel Set For Championship Return

Minnesota’s 5th district, currently held by congresswoman Omar, a frequent critic of the president, is expected to be a key swing state in November’s election.

The report also includes claims from a former political worker that Omar’s campaign paid people for their ballots ahead of last month’s primary in Minnesota.

“Cash, cash, cash. They were carrying bags of money,” the woman says.

“When you vote and they mark you off, then you get in the van, they give you the cash.”

Paying someone to vote is illegal under US federal law.

Taking to twitter following the reports, Trump wrote: “This is totally illegal.

“Hope that the U.S. Attorney in Minnesota has this, and other of her many misdeeds, under serious review??? If not, why not???

“We will win Minnesota because of her, and law enforcement.” 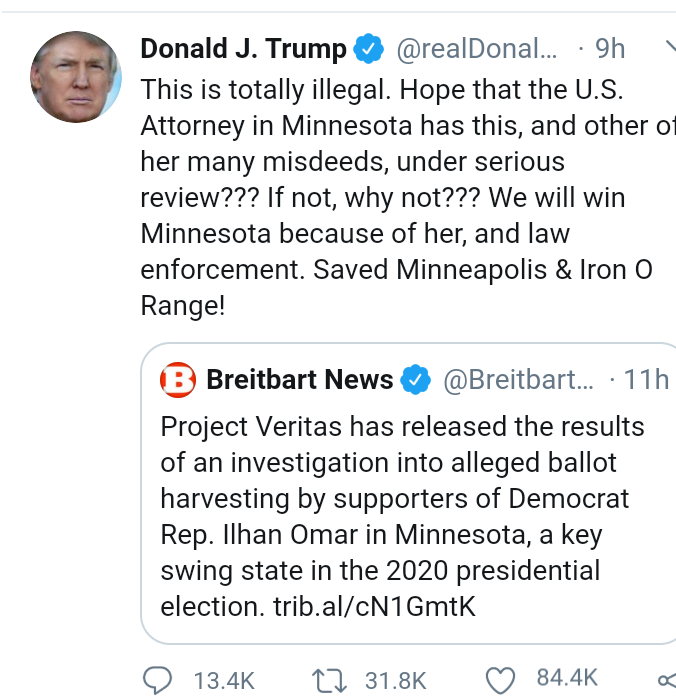 The coming election is expected to see a rise in the use of mail-in and absentee ballots due to the coronavirus pandemic even though Trump has frequently claimed that absentee ballots are vulnerable to voter fraud.

The post US 2020: Trump demands probe into Muslim Democrat Ilhan Omar for ‘harvesting ballots from vulnerable voters and paying others with bags of cash’ appeared first on illuminaija.