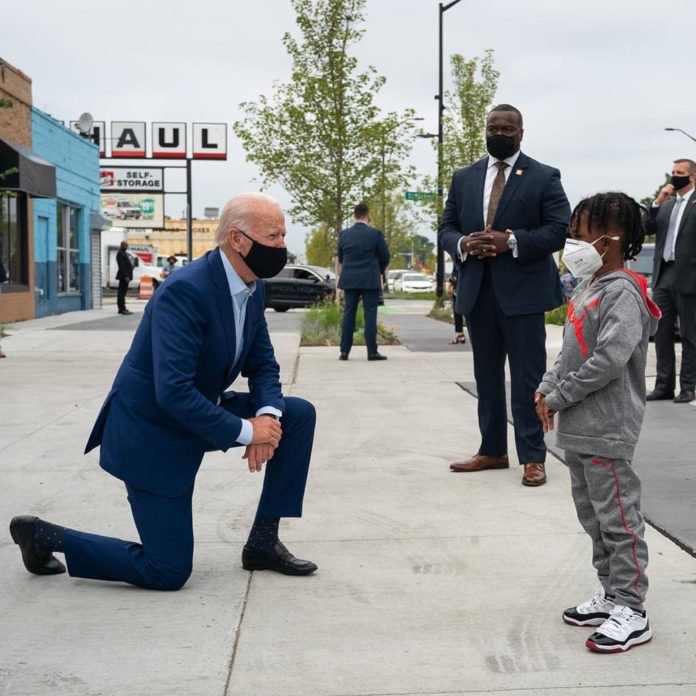 The viral photo of the two has got the whole of the Ghanaian social media community talking. They are questioning the authenticity of the photo.

It’s kinda weird how the two met and the kind of conversation that went on between them that made a whole US Presidential Candidate go down and his knees before Don Little.

The viral photo has stolen all the attention on social media. Netizens believe it’s a photoshopped picture.

I think they have a point, in this era, everything is possible with respect to making a photo or video look real.

YOU MAY ALSO LIKE  [Video] Idahams – Enter My Eye

But one thing stays unclear. If it’s a photoshopped picture why then did Joe Biden post on his official Instagram page?. You don’t believe he actually posted? Well, see for yourself. 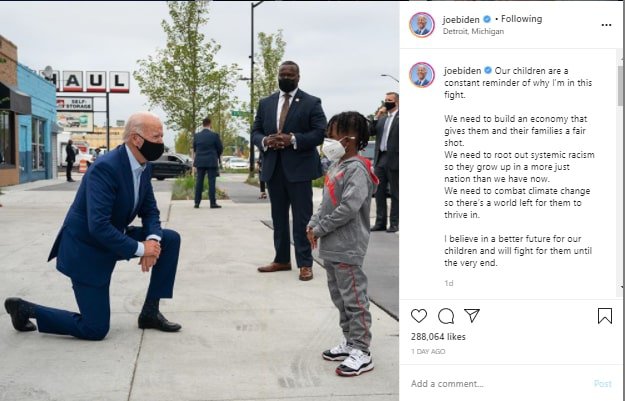 I have about a thousand and one questions to ask about this picture but I will leave it here.

Don Little was stuck in the US amid the coronavirus pandemic that forced other countries like America to close its borders until the spread is controlled.

Whiles in America, the diminutive actor in a series of videos posted on social media begged President Akufo-Addo to come to his aid and bring him back home.

It was after some months that finally Don Little following his call on government touched down on his home soil, Ghana.