Former Big Brother Africa Winner, Uti Nwachukwu and Peter Okoye, AKA ‘Mr P’ have reacted to the eviction of housemate, Joe as well as Tacha’s vote percentage in this week’s eviction show.

We had reported that Joe and Enkay were evicted on Sunday during the Live eviction show.

We also recalls that Tacha had the highest vote of 26:20%

However, reacting on his Twitter handle, Uti while expressing sadness over Joe’s eviction commended Tacha for a good performance. 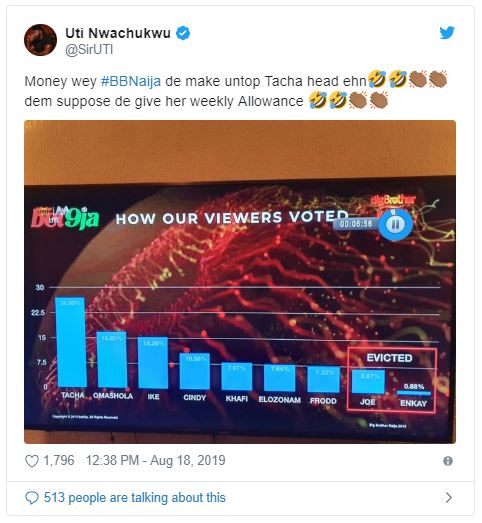 “Joe should not have left. The guy had a lot of pepper left to deliver. 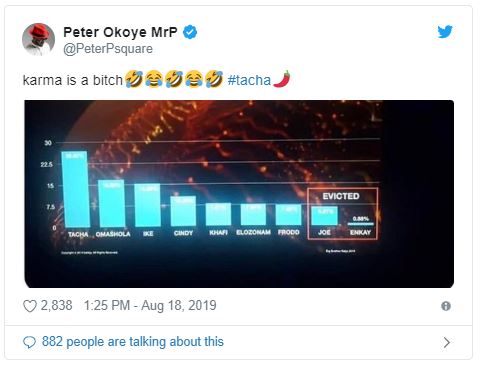 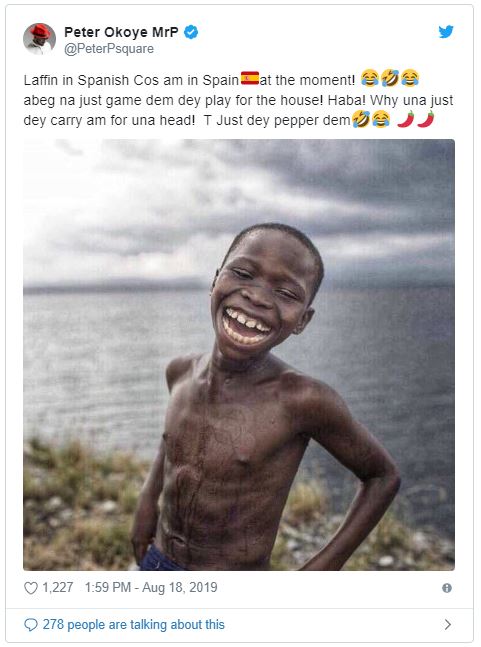 Peter Okoye, alongside a pepper emoji and photo of Tacha’s performance wrote,”karma is a bitch, Tacha.”