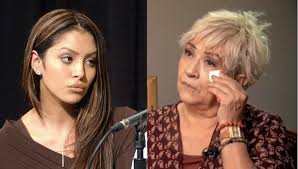 Sofia Laine, the mother of Vanessa Bryant, has opened up about her relationship with her daughter.

In a tell-all interview set to air today, Laine claimed she had a fall with her daughter after her husband Kobe Bryant’s death and that led to Vanessa allegedly kicking her out of the family home.

The interview which was done in Spanish with David Valadez of Univision, will reportedly air on Univision’s El Gordo Y La Flaca at 4 p.m. local time.

The post Vanessa Bryant’s mom accuses her of kicking her out after Kobe Bryant’s death in shocking tell-all Interview (video) appeared first on .