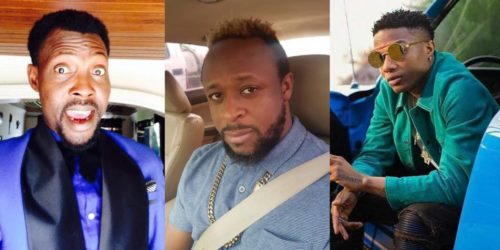 The singer took tom his social media page to advise the singer to drop the case. According to him, Wzizkid is his younger brother and his silly mistake should be ignored. He also revealed that Wixkid and Davido both used his own lyrics but he had to let it slide. He called on the singers to settle their differences amicably instead of going at each other on social media.

“Everybody Copies, Take #Wizkid as your Little Bro, #davido and #wizkid have also used my Lyrics before but i let it slide” – Veteran Nigerian Comedian/Singer Maleke Begs Tony Tetuila To Drop His N30Million Copyright Infringement Lawsuit And Forgive #wizkid!!!