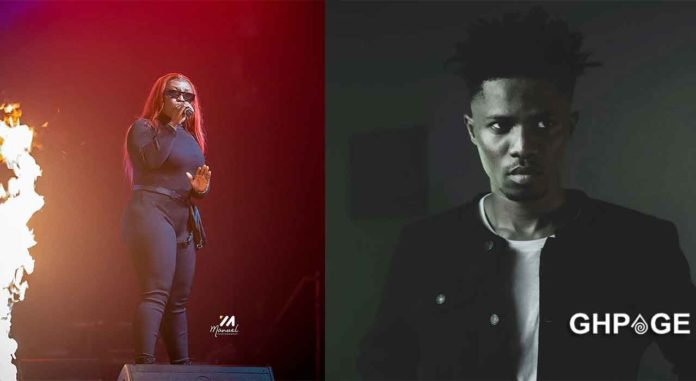 Eno Barony shaded the reigning rapper of the year, Kwesi Arthur, as she claimed that he is VGMAs best rapper and not the best in Ghana.

The female rapper suggested that Kwesi’s Arthur’s best rapper award at this year’s Vodafone Ghana Music Awards was not deserved.

In an interview with Angel 102.9 FM’s Okyeame Quophi, the rapper spoke about the VGMAs especially the rapper of the year category in which she was nominated.

Eno congratulated Kwesi Arthur for the win but stated regardless that the best rapper in Ghana currently is a woman.

The rapper who hails from Kumasi was highly anticipated to win the award as word on the street is that fans were dissatisfied with Kwesi Arthur picking up the honour.

However, Eno mentioned that the award does not change the reality that she is the best rapper in Ghana.

According to her, her works are there to speak for themselves and Hip-hop fans around the country know who the real winner is in their minds.

”Kwesi Arthur is the VGMAs best rapper and not the best in Ghana. Congratulations to him anyway. There were a number of great acts in the category and the fact that he won doesn’t mean he is better than me or anyone else”, the self-acclaimed rap goddess expressed.