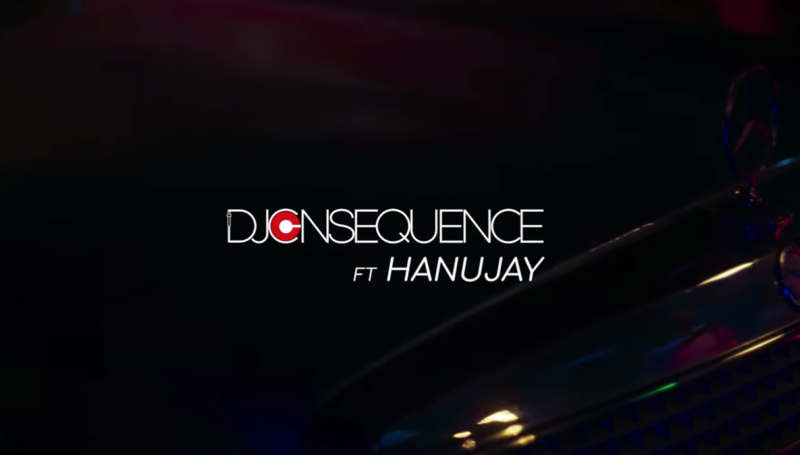 DJ Consequence and Hanu Jay have shared fresh visuals for “Uber (Refix)”, the runaway hit from the DJ’s debut album Vibes From the Future.

Musician Hanujay, who’s from the Southern hub of Warri, is set to become the next big thing in Nigerian music. After a slew of promising singles which sold listeners on his unique style — bubbly Afro Pop influenced by several other genres— Hanujay was tapped by revered disc jockey DJ Consequence to feature on his album.

As the title suggests, DJ Consequence curated a futuristic sound very distinct from what is being played around today; however, these songs are no dull affair, and “Uber (Refix)”, the collaboration with Hanujay, is beautiful proof. Over a Dancehall inflected beat, Hanu Jay offers the good time. “Step inna the uber girl,” he sings “make I make you feel alright.”

A very catchy song, “Uber (Refix)” now boasts accompanying visuals, filmed by Dammy Twitch. The talented director appropriates a flawless use of suspense and colour to tell a story of fun and lust; in the first scene, we meet DJ Consequence and Hanujay looking out of a car –Uber style– and soon enter a psychedelic world bursting with daring aesthetics and particularly an inventive sense of fashion. The psychedelia of the location quite similar to the trippy feel of the record.

These string of releases prove that Hanujay is here to stay, he is scheduled to drop his first single off his anticipated new EP “WOW (Can I blow Your Mind)” Next.