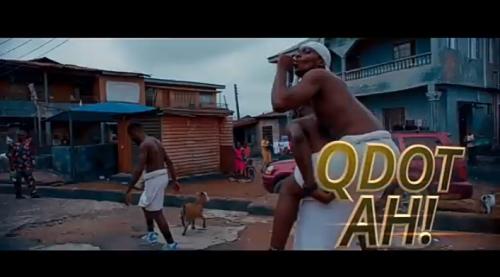 Yorubadboi Music (YBBM) boss, Qdot has just let go of the much longed for music video for his hit song titled “Ah” which was actually a freestyle that turns out great.

The enticing visual was shot and directed by Mic Davis. GET AUDIO