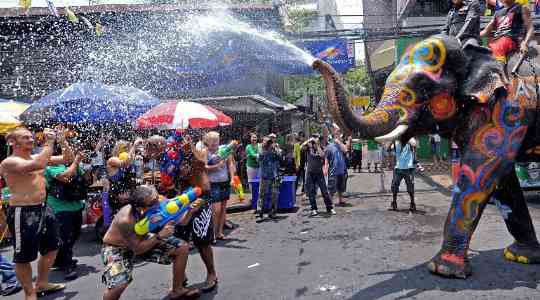 This festival is celebrated each spring across Thailand, as well as many other parts of South-east Asia. This is a three-day festival and is one of the most popular ones in Thailand, as it is also linked to the start of the Thai new year.

Like in many other cultures, the modern traditions stemmed from older ones and in this case, it was the tradition of young people pouring scented water on the hands of their elders, as a gesture inviting luck and prosperity.

Now, on the streets of Thailand each year, there is a full-scale water war, with both locals and tourists taking part. Barrels of water are lined in front of stores, and people ride on the backs of bikes, motorcycles, and trucks, soaking each other with water balloons and water guns. 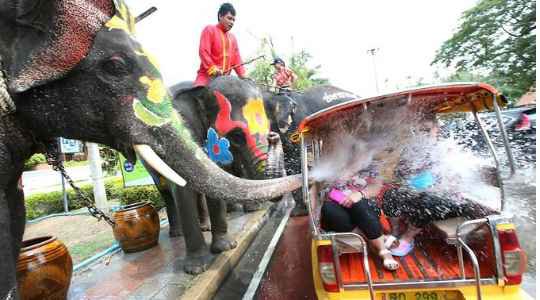 Signifying the end of the winter and the start of warmer weather, spring is a season that holds a special place in many hearts. The Songkran Festival, also known as the Traditional Thai New Year, is usually celebrated in mid-April.

It is one of Thailand’s grandest and most important events. The Songkran Festival is a time when family and friends gather to pay gratitude to elders and visit temples for prayer and offering. Songkran literally means to pass or move into. 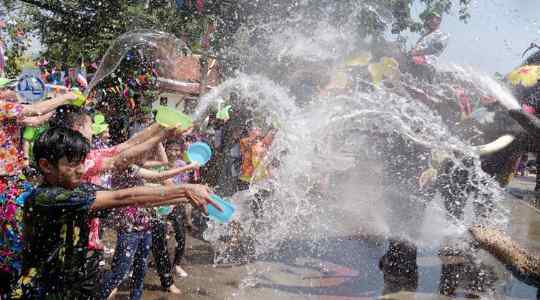 The Songkran Festival is an amazing event in Thailand that is used to welcome the New Year. During this period, you’ll enjoy fun-filled local entertainments and fun.

Depending on which area within Thailand, the celebration can last between 3 to 10 days. The Songkran Festival is also a period when the Thai people cleanse and pour water mixed with Thai fragrance on Buddha images. 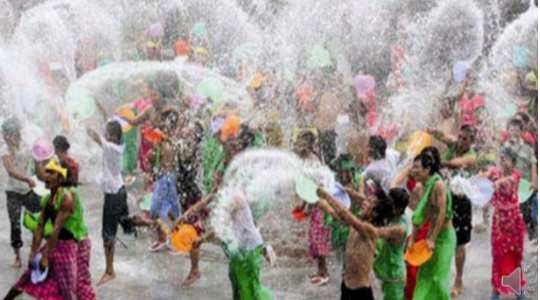 The festival also showcases a bathing ritual where the people pour water on the senior Buddhist monks. This process is believed to bring good luck to them. After that, the chief monk will give a sermon and bless those who attend this bathing ritual. 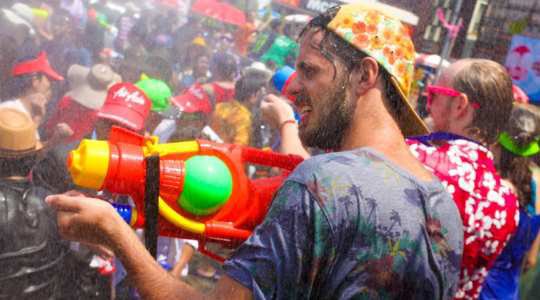 In order not to bring bad luck into the New Year, it is a tradition that all houses are completely cleaned a day before the celebration. The Songkran Festival is a period when Thai people splash water on themselves, which they believe will cause plenty of rainfall in the coming year.

YOU MAY ALSO LIKE  Kcee Announces Birth Of His Third Child, A Baby Boy With His Beautiful Wife 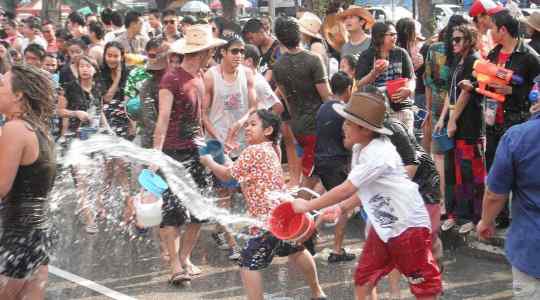 Water is used to cleanse themselves of those bad things and also a symbol of fertility. Most young Thai people use pump-action water guns and pump buckets to soak themselves up. This water festival is one of the most loved and popular events in Thailand.

It is the festival that offers loads of excitement while welcoming the traditional Thai New Year with remarkable water splashes and getting all soaked up.

The post WATER FESTIVAL!! Did You Know There Is A Period In Thailand When People Splash Water On Themselves For Cleansing appeared first on illuminaija.