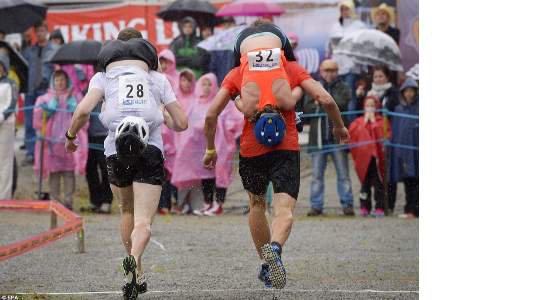 It may be a little outdated however the Wife-Carrying World Championships are held annually in Sonkajärvi, Finland with great fanfare and the prize is dependant on the wife’s weight in beer.

Contestants have to carry their wives over a series of obstacles in the shortest amount of time. Different lift techniques are used ranging from piggy-back to fireman’s lift to the Estonian carry. 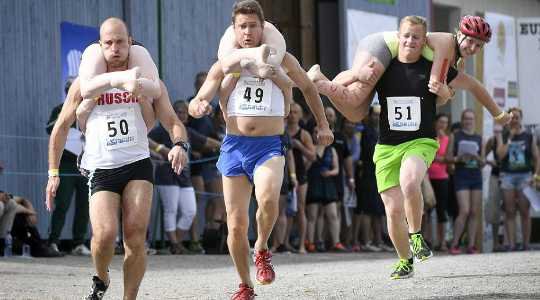 Wife Carrying originated in Finland, and its history is based around the 19th-century legend of Herkko Rosvo-Ronkainen, or “Ronkainen the Robber.” There are three stories as to how the sport was created.

First, Ronkainen and his thieves were accused of stealing food and women from villages in the area he lived in; then carried these women on their backs as they ran away. 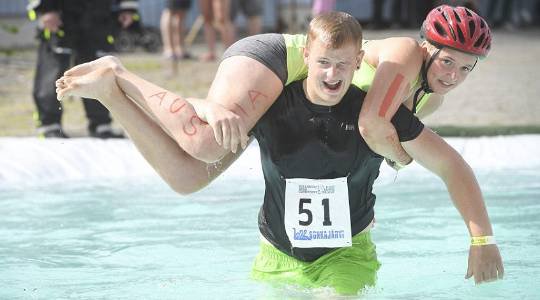 Second, it has been said the men would go to villages near their own to steal other men’s wives, and then have the woman become their own wife. 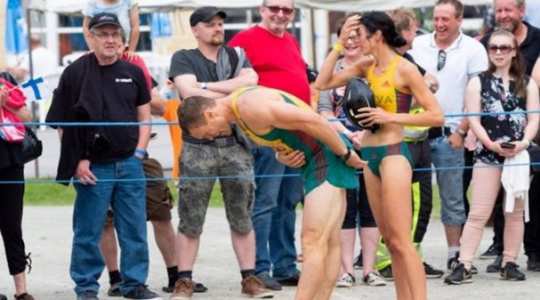 The third is the story that Ronkainen trained his thieves by carrying big, heavy sacks on their backs, which could have eventually evolved into a sport. 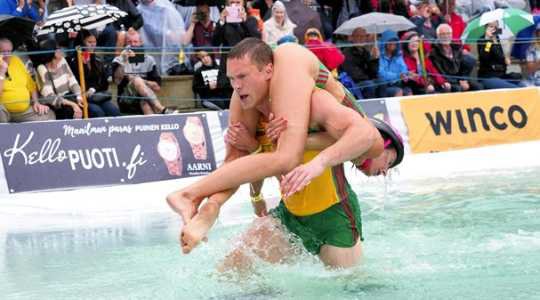 The first modern-day wife-carrying event was held in Finland in 1992 and foreign contestants were admitted in 1995. This event is now held annually in Sonkajärvi, Finland as the World Championship. A North American Championship was started in 1999. 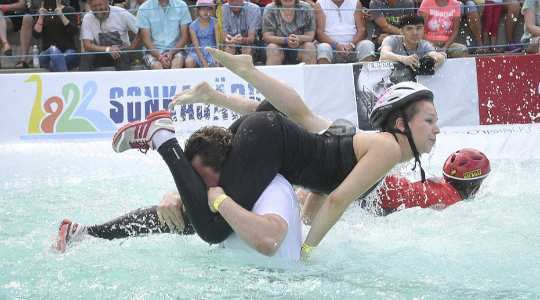 Wife carrying contests have taken place in Australia, the United States, India, Germany, the UK, and other parts of the world besides Finland and nearby Sweden, Estonia, and Latvia, and the sport has a category in the Guinness Book of Records. 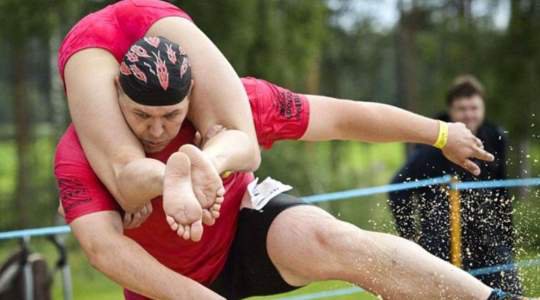 Wife carrying enthusiasts can be found in Savo, Helsinki, Central Europe, Australia, North, and South America, in short, all over the world. They are strong men and tenacious women. 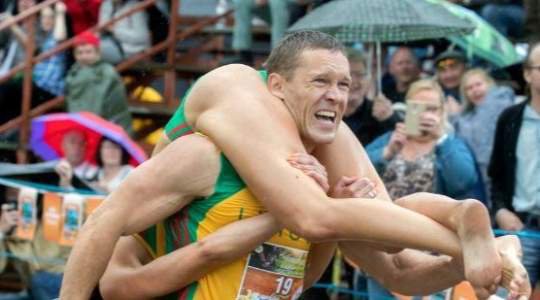 Most of these easy-going people seem to be characterized by placidity and happiness. Of course, with a few more serious-looking devotees among them. Attitude The wife carrying is composed of humor and hard sport on a fifty-fifty basis. 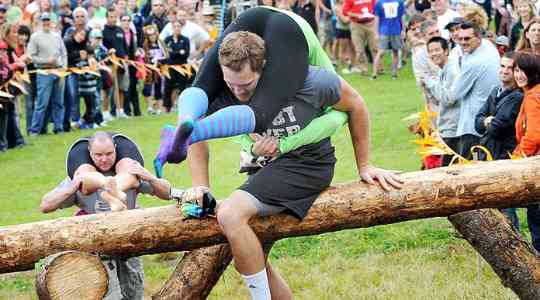 Everybody may choose what attitude to take towards the competition. The course is open for all to participate in. Postures There are four customary styles to carry the wife: the traditional piggyback, the wife dangling upside down on the carrier’s back, thrown over on the shoulder, and crosswise on the carrier’s shoulders. 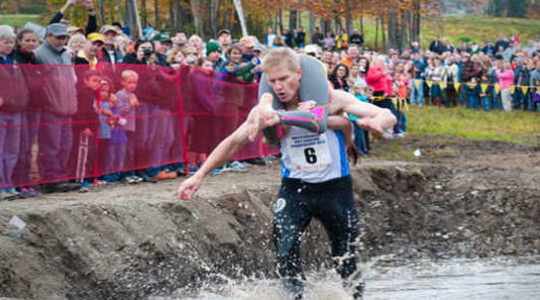 The style is free. You may also create a new personal style of your own. The wives and wife carriers are not afraid of challenges or burdens. They push their way persistently forward, holding tightly, generally with a twinkle in the eyes. 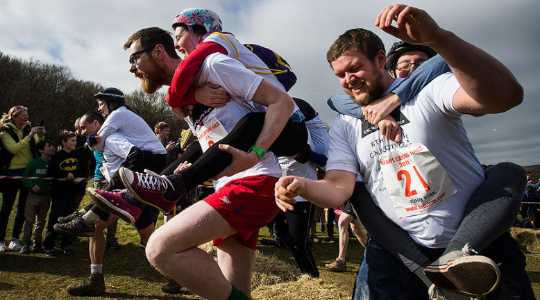 Generally, the best wife is the wife of one’s own, all the more if she is harmonious, gentle, and able to keep her balance while riding on the shoulders of her man.

It is possible to train for the wife carrying competition everywhere in the middle of the daily routines: in the bath, in the supermarket, in the playground, or in the bodybuilding center. The wife carrying is good for your relationship.

The post WIFE CARRYING!! If You Are Strong Enough To Carry Your Wife On Your Back While Running Through Some Obstacles, You Would Find This Tradition Interesting appeared first on illuminaija.