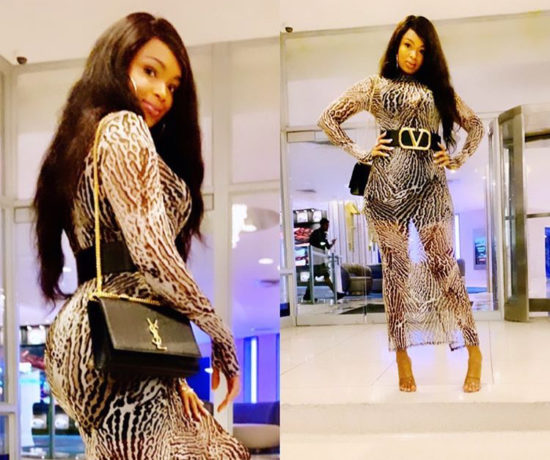 Wizkid’s second babymama, Binta Diallo has left jaws dropping after she put on a show on her Instagram on Sunday.

The single mum stepped out for a friend’s birthday party in Atlanta but before that she opened her camera and recorded herself twerking briefly and baring it all in her see-through dress.

Binta who recently announced that he has moved past Wizkid and is focused on her new man, posted the video on Instagram with caption;

Welcome to the other side! Life of the party

Welcome to the other side! Life of the party

She also wants the world to know that she and her new man “Papi” are still waxing strong.

Wizkid’s second baby mama, Binta Diamond just a few months ago showed off her new man but hid his face for reasons known to her. She revealed that she has moved on from her baby daddy, Wizkid and is having the time of her life with her new man.

However, fans were concerned that her new lover were over as she barely posted about him and to dispel rumors she took to her Instagram page to share a video of herself in the club with “Papi” and still did not reveal his face.