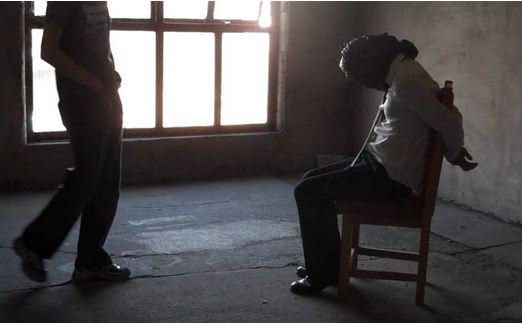 No less than 11 kidnapped victims have been released from the custody of their abductors in Delta state.

They were released on Tuesday night  and some of them said women brought food for them twice daily at  where they were  held hostage by their abductors for one week.

They were taken hostage a week ago  on  the Ekreravvwen – Ughelli north local government end of the East West road by suspected hoodlums.

One of the  victims  who spoke  in Warri, under condition of anonymity said those behind their abduction that black day did not look like they had any target.

“They came on the road that evening for random kidnapping.  They opened fire at vehicles and those that stopped the occupants were taken hostage “, he said.

YOU MAY ALSO LIKE  Police Arrest Car Snatchers At Gun Point

Continuing, he said  the one week they were in the custody of the kidnapers they were beaten to see that they called friends and relatives to raise money for their release. He said some of them were able to pay as much as five hundred thousand naira for their release.

According to the victim, they were about twenty taken hostage that evening, adding that they were broken into two groups and led to different camps by their abductors.

“The kidnappers were not friendly at all. All they wanted was money. They had women who brought us food twice daily. In all they made some good money as ransom before we were released.”, he said.

YOU MAY ALSO LIKE  GOD HELP US!! 3 Killed, 2 Injured In Lagos-Abeokuta Road Crash

The victim said they were blindfolded and led through rivers to where they were finally kept for the one week, adding that there kidnappers wore mask and were heavily armed.