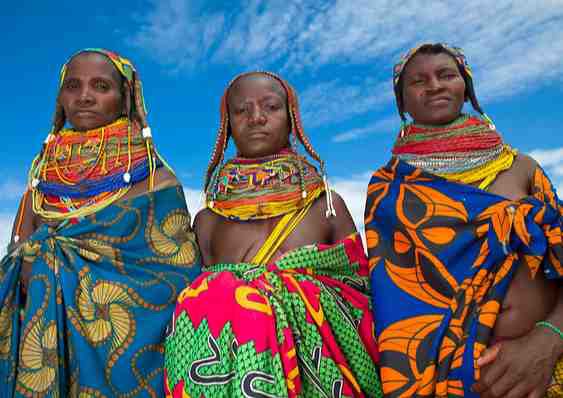 Who would have thought cow dungs would be useful for the women of Angola? Angola has some of the most fascinating ethnic groups and cultures in the world. In southern Angola, there are the Mwila or Mumuhuila people. 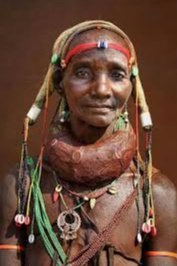 Mwila or Mumuhuila people are a cluster of a semi-nomadic ethnic group living in southern Angola, in the area of Huila. Mwila people actually belong to the larger Nyaneka-Khumbi (Nhaneka-Humbe) amalgamated ethnic inhabiting the Haumpata Plateau and along the headwaters of Rio Caculovar in South Western Angola in Huila Planato or Huila Province. 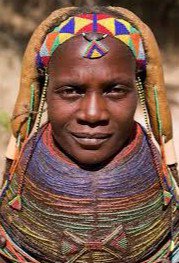 Unlike the other ethnic groups that fled from Angola to neighboring countries, Namibia as a result of wars, drought, and invasion by powerful ethnic groups, the Mwila people and their parent ethnic group Nyaneka-Humbe did not disperse outside Angola. Mwila people are semi-nomadic people who engage in subsistence agriculture and some form of livestock keeping.

They grow mostly maize and as well as other staples. They keep animals such as fowls, goats, and cattle. They have a tribal chief who serves as the head of the tribe followed by a headman. Serving under the headman are the elders.

YOU MAY ALSO LIKE  Big Brother Naija: Check Out The Housemates That Have Dominated Google Search So Far

Conflicts are resolved by the elders and the headman. The Mwila are traditionalists who believe in a Supreme being. They also believe that the spirits of their ancestors can either work for their good or for their worst. 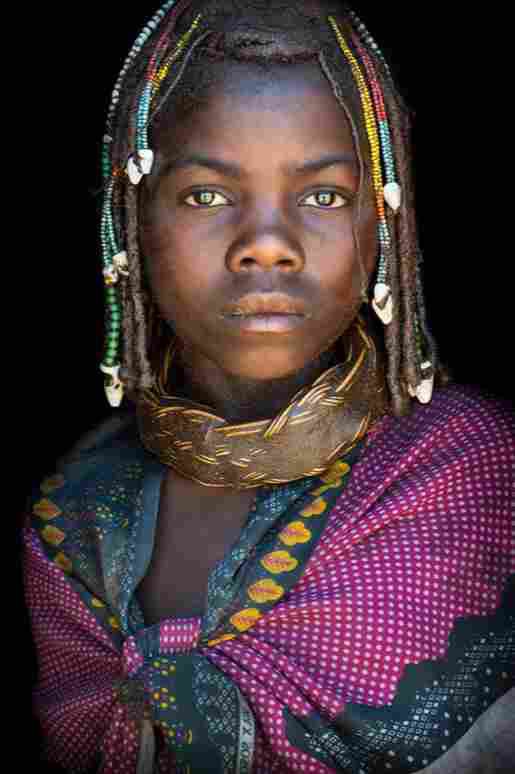 They are famous for keeping to their traditional African culture as exhibited in their stylish hairstyles, unique way of putting up dresses and how they especially adorn their body with ornaments. Women’s hairstyles are very important and meaningful in Mwila culture. Women coat their hair with a red paste called, oncula, which is made of crushed red stone. They also put a mix of oil, crushed tree bark, dried cow dung, and herbs on their hair. Besides they decorate their hairstyle with beads, cauri shells (real or plastic ones), and even dried food.

Shaving the forehead is considered a sign of beauty. The plaits, which look like dreadlocks, are called nontombi and have a precise meaning. Women or girls usually have 4 or 6 nontombi, but when they only have 3 it means that someone died in their family.

The post Women In This Tribe Cover Hair With Cow Dung!! appeared first on illuminaija.