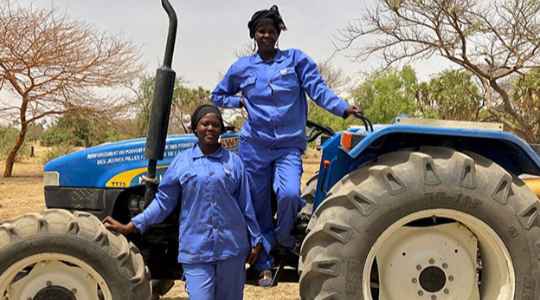 In several other cultures around the world, it is frowned upon when women seek to take on tasks that are ‘peculiar’ to men. However, the reverse is the case in Mani, a Chadian village of 4,000 inhabitants located 75 km from the capital, N’Djamena, where women make their voices heard and take charge of their own destiny. 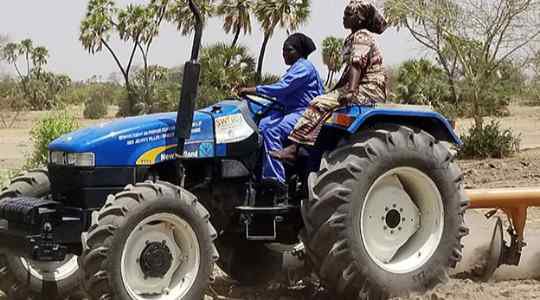 These dauntless women are known to capture the attention of tourists and visitors to the outskirts of a village close to Lake Chad. Dressed in matching overalls, they work under the blazing sun, driving a royal blue tractor. The two women manoeuvre the tractor back and forth over a field, leaving a cloud of dust in its wake.

Adorned with an inscription in white letters—“Economic Empowerment of Women and Young Girls”—this brand new tractor is far more than just a commercial vehicle. It is, above all, a symbol of emancipation. 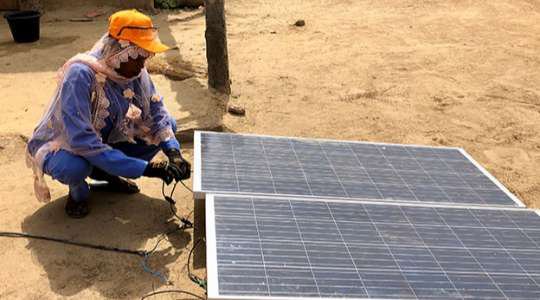 Baba Sultan Brahim, the president of the Mani women’s group, declares emphatically, “Before, no one took our work in the field seriously, but since we got a tractor to plough our fields and mills to process our crops, a woman is no longer just a woman, but rather twice as effective as a man.”

“We are truly free, and as long as the tractor is working and helping us generate some income, there’s no going back,” states Aminatou Abouna, one of the women driving this life-altering vehicle,  while explaining that she had also completed training on maintaining the tractor in good working condition.

Having learned to drive last September as part of the SWEDD project, Aminatou confesses that she never dreamed of one day driving a tractor.

Today, Aminatou and nine other women from the village are using their expertise to benefit the community while earning a living from the income generated by this tractor (which they sometimes rent to the men). 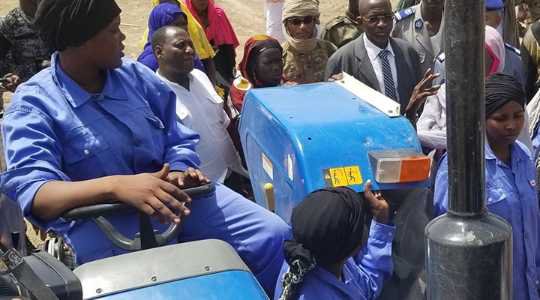 In Mani, the women’s empowerment strategy extends to other activities.  It is not unusual to see young women dressed in blue overalls with yellow hard hats firmly in place on their heads, perched on the roofs of houses installing satellite dishes, solar panels, or even power cables.

The post WONDER WOMEN! In Chad, Female Tractor Drivers And Electricians Do What Men Can Do Even Better appeared first on illuminaija.

UNBELIEVABLE! There’s A Gay Church In Nigeria Which Has Both Muslim And Christian Worshippers