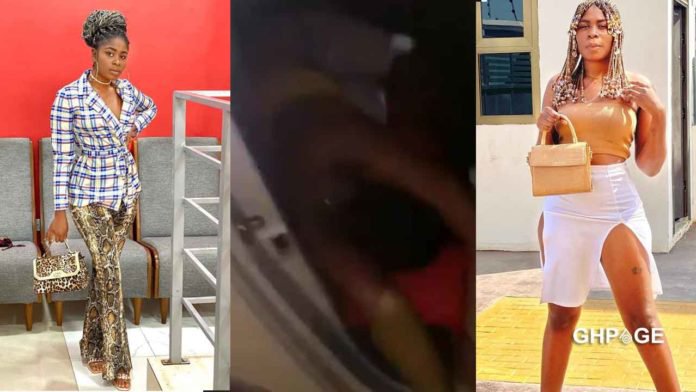 The management of actress turned singer Yaa Jackson has reacted to the news about her collapse at home.

In a post sighted on Instagram, the management of the budding songstress confirmed the news that their artist was indeed rushed to a hospital after she collapsed at home.

They also thanked all and sundry for their warm concern regarding Yaa Jackson’s condition that went viral on social media in few hours ago.

The management team of Yaa Jackson again in the post urged all to remember the singer in their prayers.

Though she’s responding to treatment and feeling much better, more prayers needed for a speedy recovery.

Reacting to the viral news about Yaa Jackson’s rush to the hospital, they wrote;

“From the management team of Yaa Jackson, we thank everyone for the warm concern regarding the video post circulating on social media. Yaa Jackson wasn’t feeling well but she’s doing much better now please continue to remember her in your prayers. Thank You.” 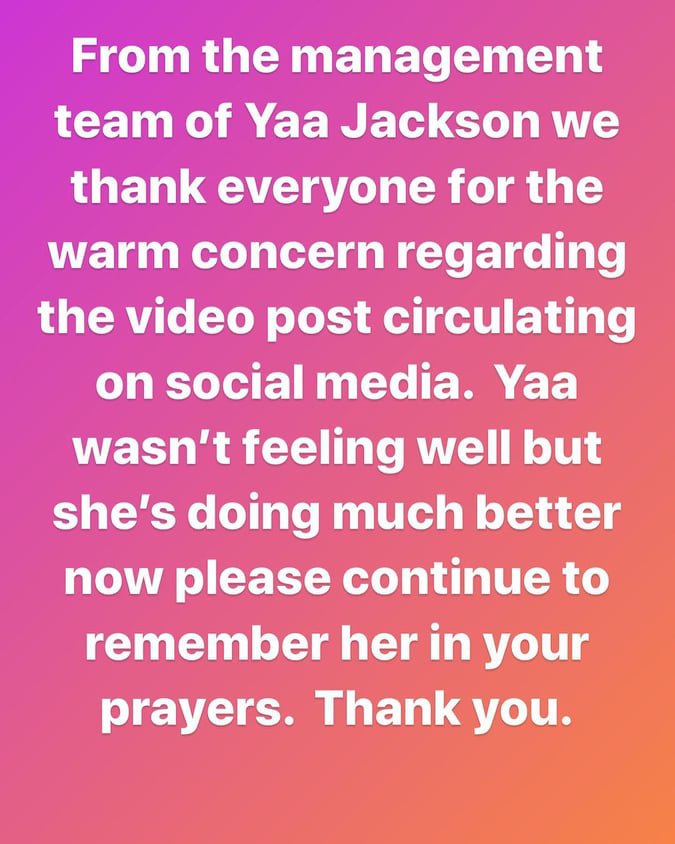 It was reported moment ago that singer Yaa Jackson was rushed to the hospital after she collapsed at home earlier.

In a video shared by a team member from her camp, the musician could be seen lying in a car in a yet-to-be-identified hospital premises.

YOU MAY ALSO LIKE  New York state contributes $3.5 million to build a Hip Hop museum in the Bronx

The post Yaa Jackson’s Management reacts to her being rushed to the hospital appeared first on illuminaija.