It’s really been a good journey for Fireboy who got signed to Olamide’s imprint towards the end of 2018 as he’s dropped some good music which have resonated well with the entire music industry.

The young-talented singer have now decided to up his game and join the list of album creators as he has announced under the guidance of Olamide that his debut album would be dropping next month. The “Jealous” singer took to his Instagram page some hours ago to unveil the album title, release date as well as the fact that the album is already out fro pre-order on major digital music streaming platforms.

He has announced the album would be dropping on the 25th of November, 2019 and would be consisting of 17 tracks.

Laughter, Tears & Goosebumps — the album. pre-order link in my bio. ?? 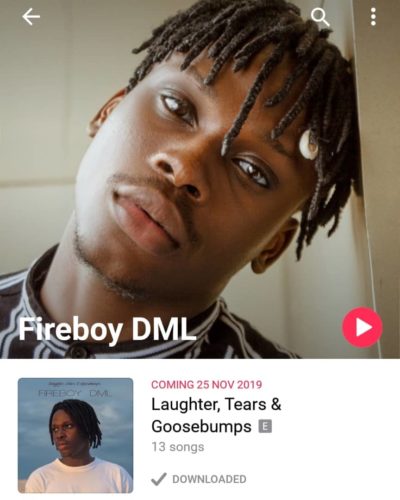 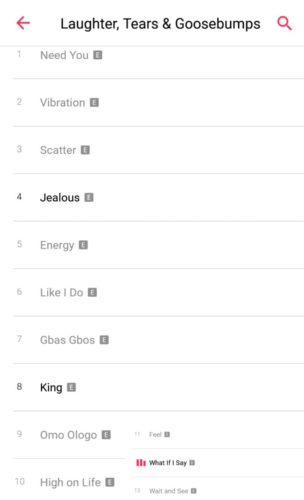