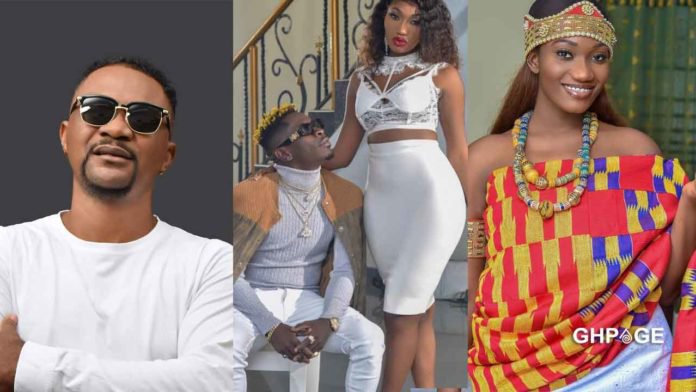 RuffTown records signee, Wendy Shay in recent times is going about parading herself as the Queen of Ghana Music.

On innumerable times, the ‘Masakra’ crooner thinks she has grown to the point where it’s without a doubt that she has been able to achieve all with music hence calling herself Queen.

Speaking on 3FM in an interview, Mr Logic came at Wendy Shay very hard for deceiving herself to be the Queen of Ghana Music because of her affiliation with Shatta Wale.

According to him, Wendy Shay does not qualify to call herself the Queen of Ghana music. Firm to his point, Mr Logic mentioned that she doesn’t hate Wendy Shay but the truth needs to be told.

YOU MAY ALSO LIKE  D’Banj Gifts Wife, Lineo Didi Kilgrow A Brand New Bentley Worth Millions

“Wendy Shay is doing very well in pushing her craft but calling herself a Queen simply because she associates herself with Shatta Wale is a foolish act” Mr Logic stated.

Mr Logic harshly opined that there isn’t a single song of Wendy Shay that has crossed into Togo or Nigeria not to talk of the international scene.

He advised her to work hard to push far her songs rather than feeling big in her own world.

The post You’are a fool if you think yourself as the Queen of Ghana Music-Mr Logic to Wendy Shay appeared first on illuminaija.