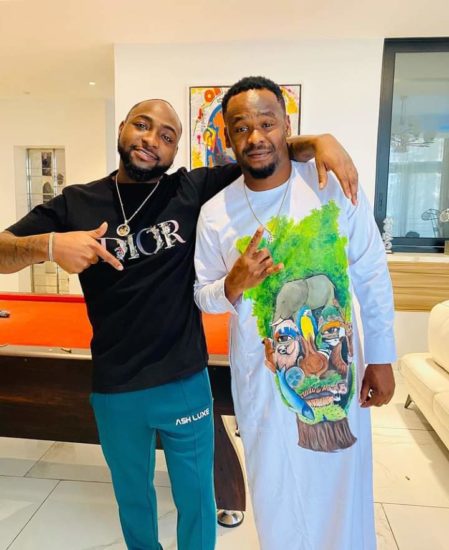 The thespian who linked up with Davido probably for the first time in the singer’s mansion, described him as a “chosen king” and the “greatest force”.

While they hugged and exchanged pleasantries, Zubby told Davido that he feels very excited getting to meet him, thus he could be heard saying “happiness wan kill me”.

Their meeting point was at Davido’s mansion situated on the Island as his portrait could be seen hanging kingly on a visible wall behind them.