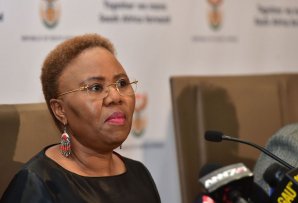 According to her, the trip by party officials using the South African National Defence Force aircraft was a successful one and it achieved a lot of what was intended.

She made this known while participating in an online seminar on lessons the ANC can learn from post-colonial Zimbabwe.

Zulu said those criticising the trip were wrong about how the trip was undertaken, and what it achieved.

However, one of the seminar’s leading participant, Ibbo Mandaza who is one of Zimbabwe’s foremost intellectuals was having none of it.

YOU MAY ALSO LIKE  Court stops NLC, TUC strike over fuel, electricity hike

“Whether it’s a public relations stance, I don’t know. She must know, as we all know, that Zanu-PF is a heavily dented party. It is completely naïve and self-indulgent on the part of anybody, including herself, to think that Zanu-PF can turn around Zimbabwe’s fortunes.”

The ANC has not paid back the money for using the Sandf aircraft as its private jet, as it promised.

It is also yet to prepare a meeting with any Zimbabwean political players other than Zanu-PF.

YOU MAY ALSO LIKE  “Nigerians Don’t Want To See Me Grow, They Are Still Attached To The “Godwin” Korede” – Korede Bello

The post Zulu defends ANC trip to Zimbabwe, says it was a success appeared first on illuminaija.